TrueCaller, a smartphone application that has features for caller identification, recognises her phone number as: “Her Excellency Princess Chichi.” Because TrueCaller basically crowd-sources names and… 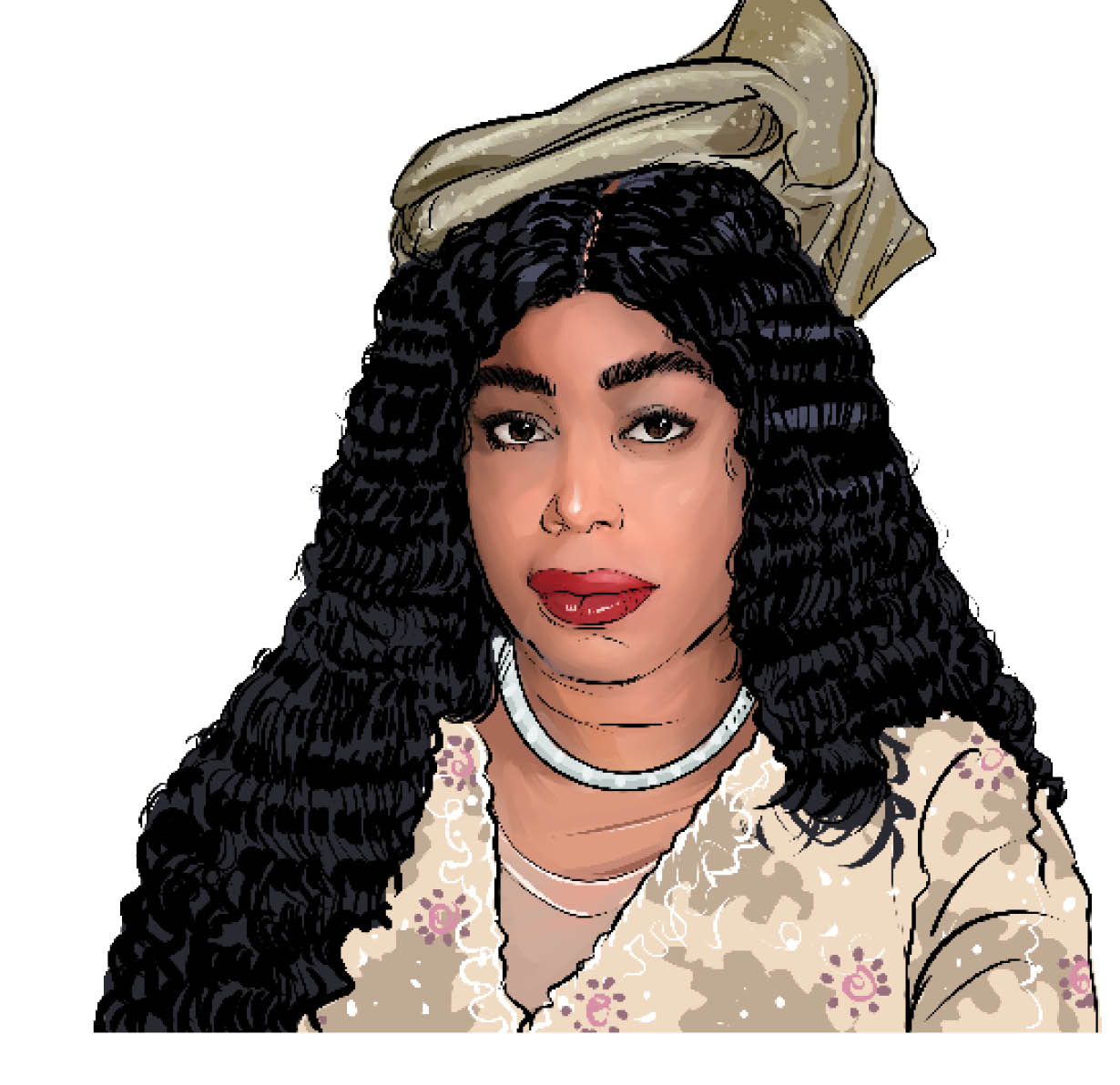 TrueCaller, a smartphone application that has features for caller identification, recognises her phone number as: “Her Excellency Princess Chichi.” Because TrueCaller basically crowd-sources names and other details from the phone books of mobile phones on which the app has been installed, this is an indication that friends and associates of Nigeria’s only female presidential candidate, have accorded her the title of respect, reserved for heads of states, ambassadors and others.

Be that as it may, Princess Chichi Ojei is one woman many would want to identify with, even though she appears to live a life far away from the glitz and glamour of social media.

For a woman, who has tossed herself as the only female among 18 presidential candidates to slug it out for Nigeria’s highest political office, there is no gainsaying that many would want to dig into the life of this reclusive heiress to a multi-billion-naira empire.

She is the daughter of a billionaire and entrepreneur who has made his mark around the world. Those who know Princess Chichi Ojie say she is smart, well-bred, hardworking and fiercely independent. She however appears reclusive; a trait she may have inherited from her billionaire father, Emmanuel Ojei.

Unlike many Nigerian billionaires such as Aliko Dangote, Femi Otedola and others, whose lives are in the public glare and splurge on their families, Emmanuel Ojei prefers to operate from the shadows, spreading his goodwill through numerous philanthropic activities. And like him, his daughter lived a life far from public scrutiny until her recent romance with politics.

The light-skinned 44-year-old Delta State indigene first emerged as a vice presidential candidate and later the presidential candidate of the Allied Peoples’ Movement (APM), after the chairman of the party, Yusuf Mamman Dantalle, pulled out of the race. Dantalle had stated that the party leadership had unanimously chosen Princess Chichi Ojei to replace him; a move he said would strategically put the party on a path to victory. He had banked on the support of millions of the party members, supporters and Nigerian women and youths who will support her candidature to become the country’s first elected female president.

But Princess Chichi’s strength; being a woman and young, could also be her weakness, if she fails to mobilise Nigeria’s largest voting demographic. For a woman who has no prior political presence in the country’s political space, her emergence as the only female candidate in the presidential election has shot her to public glare. But many wonder, who exactly is Princess Chichi Ojei? Could she succeed where past female presidential hopefuls such as Sarah Jibril, Remi Sonaiya and Obi Ezekwesili failed?

A profile of the APM presidential candidate sent to Daily Trust on Sunday, from her campaign office describes her as a visionary leader and politician, an astute administrator, rare breed Nigerian and an articulate business entrepreneur and consultant.

It stated her belief in “the incontrovertible perquisites of good governance and peaceful coexistence,” and that her ideals and driving passion as a leader encompass a diverse range of national spheres such as social justice, nation building, people centred domestic and foreign policies and empowering society’s vulnerable entities.

“Princess Chichi Ojei represents the finest in her generation – a generation that articulates its mode of intervention on visionary terms, and a generation that privileges expertise, competence, and entrepreneurial drive as critical factors in ensuring that Nigeria attains the status of a developed nation in record time,” it stated.

To understand the kind of affluence the presidential candidate comes from, is to know who her father is and what her childhood and educational background was like. The name Emmanuel Isichei Ugochukwu Ojei, or simply put, Emmanuel Ojei rings a bell in the business circles. The billionaire entrepreneur is the founder, chairman and chief executive of Nuel Ojei Holdings (NOH); a company with diverse interests in major sectors of Nigeria’s economy such as automobile, telecommunications, banking, oil and gas and many others. With a net worth of $1.2bn, Ojei is one of Nigeria’s top 20 billionaires. His daughter, Princess Chichi Ojei is a Corporate Financial Specialist at Nuel Ojei Holdings. Based on her LinkedIn profile, she has held the position since August 2021, even though she also held the position of Executive Director Nuel Ojei Holdings for one month in June. Her skills include account management, analytical skills, financial and business analysis, auditing, financial accounting and management.

No doubt, in the corporate world, Princess Chichi Ojei’s qualifications could easily intimidate her opponents and give any contender a run for their money. But politically, there’s not so much, as she lacks any past political antecedent and flies the flag of a party which only came into existence in 2018 and lacks nationwide visibility.

The APM presidential candidate acquired her education from a wide range of highly expensive and prestigious schools around the world. From her early years at American International School of Lagos (AISL), said to be one of Nigeria’s most expensive schools, to her teenage years at the world’s most prestigious and expensive private boarding schools at Institut Le Rosey in Rolle, Switzerland, no one is in doubt of the riches the presidential candidate was born into. She has bagged a Bachelor’s degree in Business Administration from Northeastern University and an MBA from Regents Business School.

Going by the popular saying that high school friends last forever would mean that Princess Chichi Ojei will most likely have tons of friends and associates from the creme de la crème around the globe. After all, her high school, Le Rosey, is not only nicknamed “School of Kings,” but generally, a school for the blue-bloods and world celebrities. Its alumni include King Juan Carlos of Spain, King Fuad II of Egypt, King Albert II of Belgium as well as Prince Rainier of Monaco. Others include Queen Elizabeth’s cousin, Prince Edward (Duke of Kent), Princess Marie-Chantal of Greece, Dodi Al Fayed, as well as children of celebrities such as Diana Ross, Elizabeth Taylor and many more.

According to the school’s website, in order to sustain an international atmosphere, there exists a quota where no more than 10 percent of the students in Le Rosey may come from a single country. It boasts of being the only boarding school in the world to change campuses seasonally between its Château du Rosey campus in the village of Rollin and its ski resort town of Gstaad in the Canton of Berne. Spear’s list of the world’s most expensive schools places Le Rosey among the top three, with the cost of educating a child at around $130,000 per year; approximately N97.5m in Nigeria’s dollar to naira exchange rate of N750.

Brain, money and influence appear to be the least of Princess Chichi Ojei’s worries ahead of Nigeria’s presidential elections. But whether she can mobilise the electorate to give her a chance, lies on how much grassroots support she gets, says Professor Hauwa Evelyn Yufus, the Director, Centre for Gender Studies at the Kaduna State University. “There is nothing stopping Nigerian women from aiming for the presidential seat. They are hardworking and dedicated,” she said but advised women politicians to always start from the grassroots and build their way up.

“You can’t come from the top and say you want to be president. But if you have a track record and you are doing well, you will get support. Don’t just stay in your room and decide that this is what you want, talk with people, seek people’s opinion and then go for it,” she said. Professor Yusuf stressed the need for women politicians to have female political soldiers to help sell their candidacy but said this can be achieved only when women politicians mobilise grassroots support and build a track record.

“The era of women not supporting women is gradually winding down. For a woman who wants support, you must always do your best to be known in your community to be good, there will be no reason why women will not support you if you are good,” she said.