Vice President Yemi Osinbajo has said Nigeria cannot afford a war. The Vice President said this Tuesday evening in Abuja while speaking with All Progressives… 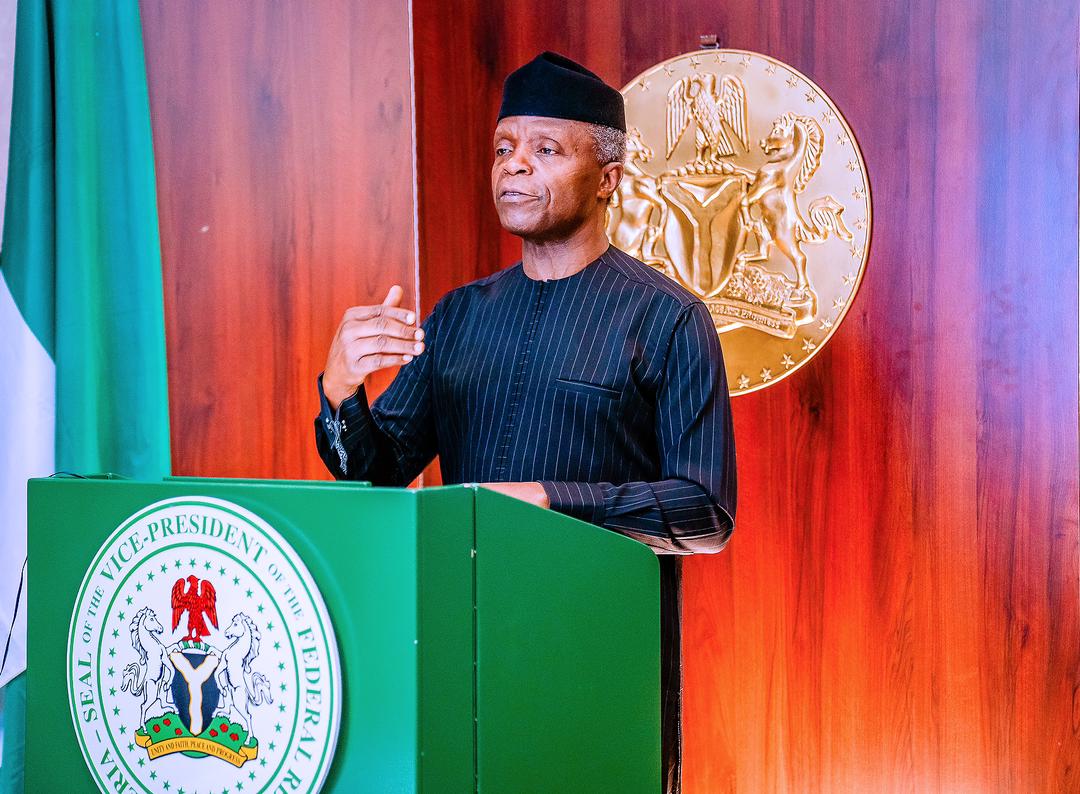 The Vice President said this Tuesday evening in Abuja while speaking with All Progressives Congress (APC) leaders from the South-East, particularly chieftains and members from Anambra State.

Prof Osinbajo said elites should rise up now and speak the truth against forces of division in order to preserve the unity of the country.

According to him, “we cannot afford a war in this country.

“It is the political elite that will determine what will take place.

“If we keep quiet, if we say nothing and hope that things will just normalize, we may be wrong.

“And we may find ourselves heading for something much worse than we are seeing today.”

He added: “if the political elite does not speak up, if we don’t see anything wrong in what is going on, if we allow it to continue to slide, we will endanger ourselves and endanger the future of our country.

“I know that every conflict is a result of elite failure, the elite failure to speak up and tell the truth to their communities, that’s the cause of every one of these civil conflicts.

Osinbajo cautioned that “the thing about the kinds of conflicts in these parts of the world is that it is usually a war without end.

“Everyone who thinks that they have some money stored up somewhere is wrong, you will eventually run out.”

The Vice President, while recalling a personal experience he observed in Somalia in the 90s when he went there to work with the United Nations, said he saw a Supreme Court Justice whom he had known before queuing up for food in the aftermath of civil conflicts in the country.

“Everyone who thinks they can go and hide somewhere, you won’t even find a place.

“In the end, everyone will suffer. Parents, children, young people, old people, will suffer.”

Osinbajo, while speaking about the forthcoming primaries for the governorship election in Anambra State, said a fair process or fairness of justice will be fundamental in ensuring victory for the party at the polls.

Party chieftains present at the meeting included former Senate President, Mr Ken Nnamani; Minister of State for Mines and Steel Development, Mr Uche Ogah, Minister of State for Labour and Productivity, other party leaders and members from the South-East, and the Special Adviser to the President on Political Matters, Senator Babafemi Ojudu, among others.