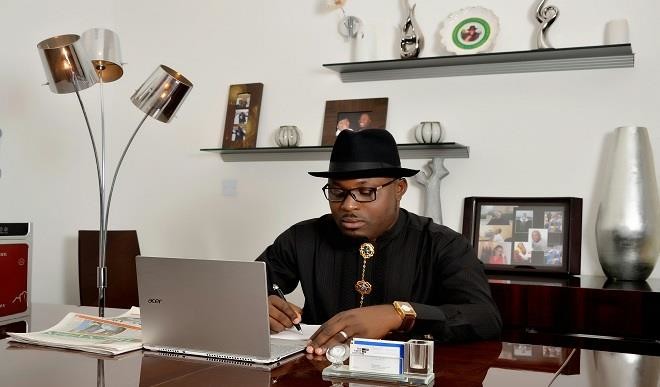 He urged an increase in the level of investment toward youths of the Niger Delta Region and the rest of Nigeria saying that only through such interventions and investment can the region and the nation be fully restored on the part of sustainably development.

He made the remarks when youths from the Niger Delta under the aegis of Niger Delta Young Professionals paid him a courtesy visit in his Abuja office on Wednesday.

In his response, Siasia advised the youths to remain steadfast in the belief that the country will not let them down saying that he will use his capacity as a leader in the region and across the nation to call on governments to pay attention to the plights of youths.

Siasia said the appointment of Prof. Nelson Brambaifa as the new NDDC boss is a clear demonstration that the federal government has good intentions, he described Professor Brambaifa as accomplished and a seasoned academia who has achieved a lot prior to this new appointment.

Siasia described Prof Brambaifa as a well-respected administrator who truly loves his people.

He called on all stakeholders and the youths to support the new acting Managing Director of the NDDC.

“I have confidence that he will deliver the good mandate of the NDDC to the people of the Niger Delta. I specifically thank President Buhari for this very appointment because it is a big achievement and development in the region which has reflected in the level of support the president received from the region during this election,” he said.

On the outcome of the presidential election, the 2015 governorship candidate congratulated President Buhari. He called on all stakeholders and politicians to rally behind the president saying “since the election has been concluded and a winner declared, we must now focus on building our country. All patriotic Nigerians must not allow any division to arise as a result of this election”.

He urged the opposition parties to congratulate the newly elected president while urging Buhari to put the interest of Nigerian youths in the front burner, saying that only through such will the new mandate given him be truly justified.

Siasia further decried the rising spate of criminality, cult wars and gang violence among youths which he attributed to the current rate of unemployment.