The President of the Nigerian Institution of Estate Surveyors and Valuers (NIESV), Johnbull Amayaevbo, has said that it has become necessary for all buildings of… 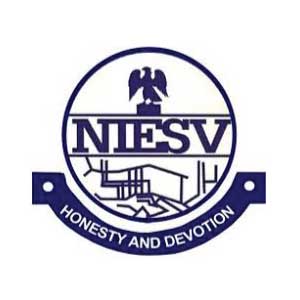 The President of the Nigerian Institution of Estate Surveyors and Valuers (NIESV), Johnbull Amayaevbo, has said that it has become necessary for all buildings of more than two storeys to be insured.

Amayaevbo, who spoke with journalists in Abuja during a lecture titled: “Enforcing Ethical Principles in the Built Industry: A NIESV Charge”, said there was a need for proper valuation of buildings for insurance purposes.

The president who noted that “Insurance has huge benefits and is key to economic growth,” lamented that unquantifiable losses were being incurred from the many building collapse incidents in the country because the buildings were not insured.

He revealed that NIESV had written to the Chief Justice of Nigeria (CJN) so that the institution would do a valuation of buildings that were used as collateral for bail conditions in court.

He said it was unprofessional for a court to use a landed property as a bail condition without proper valuation by a registered estate surveyor and valuer.

Meanwhile, the Building Collapse Prevention Guild (BCPG) has described the latest building collapse in Lagos as a setback in its effort to reduce the menace in the state.

The General Secretary of BCPG, Lagos State chapter, Bldr Mubarak Gbaja-Biamila, disclosed this even as authorities have commenced investigation to ascertain the immediate and remote causes of penultimate Friday’s collapse of a five-storey building on Oyesonuga Street, Palm Avenue, Mushin, Lagos, in which four people were killed and three others rescued.

The state has become notorious in recent times for building collapses.

Following the latest incident, in a statement, Bldr Gbaja-Biamila said, “Friday, 23rd September 2022, has made an inglorious entry into the BCPG’s record of collapsed buildings in Nigeria.

“While awaiting a preliminary report from BCPG, Mushin Cell, led by Bldr Abiodun Jimoh, the guild is grieved as our beloved Lagos witnessed another avoidable building collapse.”

He added that the latest collapse was a setback in BCPG’s efforts to reduce the menace of building collapse in the face of housing deficit in the densely populated Lagos State.

Daily Trust gathered that the State Building Control Agency (LASBCA) and the Materials Testing Laboratory have been directed to unravel the immediate and remote cause (s) of the collapsed building.