President Muhammadu Buhari, Friday said his administration would remain resolute with its programmes and plans despite persistent insecurity in parts of the country threatening to… 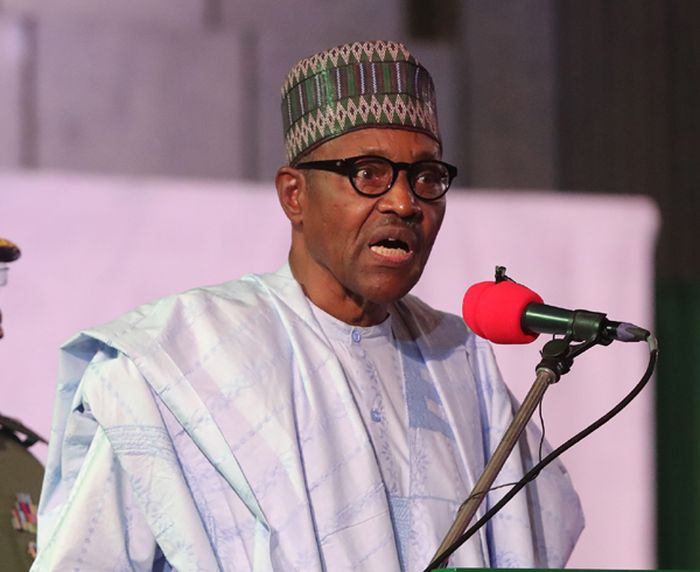 President Muhammadu Buhari, Friday said his administration would remain resolute with its programmes and plans despite persistent insecurity in parts of the country threatening to undo the gains of the federal government.

The president stated this in his New Year message to Nigerians.

He said it was on record that his administration had invested heavily in re-equipping the military in a bid to upgrade the platforms and firepower required to tackle the current challenges being faced in the country.

He added that this was a follow-up to the promise to re-energise and reorganise the security apparatus and personnel of the armed forces and the police.

Buhari said that despite the challenges in 2021, it was also a year his administration executed key projects, programmes and initiatives successfully.

He urged all citizens to hope for and envision a year of continued progress against “our combined challenges arising from security and socio-economic issues.”

He said, “As it is said, the past is but a story told, the future will still be written in gold. Let us be united in our fight to keep our country united against all odds and with gratitude.”

The president commiserated with Nigerians who had lost loved ones as a result of insecurity in different parts of the country, saying, “Every life matters, and every death caused by any form of insecurity is a matter of personal concern to me, both as a citizen and the president of this great country.

“We remain fully committed to upholding the constitutional provisions that protect all Nigerians from any form of internal and external aggression.”

The president said that in 2022 and going forward, his administration would intentionally leverage on information and communication technology (ICT) platforms to create jobs, saying that diversification of the economy created more support to other emerging sectors.

Former Vice President Atiku Abubakar has advocated the need for reawakening among Nigerians.

“We must seek to do something different; and in doing so, let us become peace ambassadors of God. Hate and strife never build a nation; they even destroy faster. “Rather, unity and understanding bind a nation,” he said.

Senate President Ahmad Lawan, in his message, urged Nigerians not to lose faith in the country and its democratic institutions amid the plethora of challenges confronting her.

In his message, Lawan stated that although 2021 was challenging for people all over the world, the National Assembly would continue to pursue the common desire of a just, peaceful and prosperous Nigeria.

He said the federal parliament had passed many critical bills in 2021 and had many more to roll out in the New Year.

In the same vein, the Speaker House of Representatives, Femi Gbajabiamila and his deputy, Ahmed Idris Wase have felicitated with Nigerians, urging them to renew their hopes and be committed to the development of the country in the new year.

Gbajabiamila, in a New Year message signed by his special adviser on media and publicity, Lanre Lasisi, expressed optimism that Nigeria would come out better and stronger from its current challenges.

Similarly, the Deputy Speaker, in a message signed by his chief press secretary, Umar Muhammad Puma, called on Nigerians to unite against the current security and economic challenges in the country.

It’s an era of peace, reconciliation among political parties – Ganduje

The Kano State governor, Abdullahi Umar Ganduje, in his message stated that 2022 would usher in peace and reconciliation among political stakeholders in the state and the country in general.

The governor, in a statement issued by the commissioner for information in the state, Muhammad Garba, noted that from all indications, a recent event in Kano would likely bring a new dawn in the political history of the state.

“The event, which saw Kano political gladiators emphasize on the need for reconciliation, elicited excitement from the people, who have been yearning for peace and conciliation in order to advance their cause for proper development in the political terrain and the society at large,” he said.

Also, the Christian Association of Nigeria (CAN), in its New Year message, urged the federal government to tackle the protracted insecurity in the country and focus less on the 2023 general elections.

The president of the association, Dr Samson Ayokunle, who made the call yesterday in his New Year message, called on all Nigerians, irrespective of their religious affiliations, to rise up and cry for the mercy of God.

“It appears as if our governments have got to their wits end over the menace of insecurity. Their major focus now is on the 2023 general elections. But can the 2023 elections happen if the country is overrun by criminals?

“Our country must survive first and be at peace before an election can take place.

“It is only God who can make the 2023 general elections a reality. It is only God in his own way who can teach our leaders the right step to take,” Ayokunle stated.

Furthermore, the Peoples Democratic Party (PDP), in its New Year message through its national publicity secretary, Debo Ologunagba, urged Nigerians to use the occasion to rekindle the virtues of love, unity, social justice, as well as the quest for good governance in our country.

The party stated that surviving 2021 under the All Progressives Congress (APC)-led administration not only called for a sober reflection but an unwavering determination to rescue our country from misrule.

He said it was a miracle that the country survived the last six years of “massive human rights violation, abuse of process, extra-judicial killings, stagnated infrastructure, excruciating economic hardship, escalated terrorism and mass killings that had characterised the APC administration.

He said the APC and its government should rather use the new year to review “their anti-people policies, end corruption and take urgent steps towards economic recovery”.

Governor Samuel Ortom of Benue State has expressed hope for Nigeria in the New Year as he praised citizens of the country for their resilience in the face of daunting security and economic challenges in the out-gone year 2021.

The Niger State governor, Abubakar Sani Bello, in a message issued by his chief press secretary, Mary Noel Berje, also called on citizens to be hopeful as the new year begins.

Also, the governor of Oyo State, Seyi Makinde, an engineer, while congratulating residents of the state and Nigerians in general, urged them not to relent in their support and prayers for the state.

The governor, according to a statement by his chief press secretary, Mr Taiwo Adisa, equally enjoined the people to continue to live in harmony.

The North-Central People’s Forum said Nigerians must be resolute enough to find solutions to endemic corruption; kidnapping, banditry, terror and other forms of insecurity.

It stated that unemployment, disunity; sectionalism and other retrogressive realities that had plagued the country and left it behind most countries of the world should also be addressed.

The executive chairman of the Forum, Chief Gabriel Yakubu Aduku, stated this in a New Year message issued Friday on behalf of its chairman, Board of Trustees, Senator Jeremiah Timbut Useini.

He called for a collective decision that would promote the values of mutual tolerance and the determination to attain the status of an economically transformed and socially cohesive country driven by modern science and technology.

We should strive for new possibilities – Peterside

A former director-general of the Nigerian Maritime Administration and Safety Agency (NIMASA), Dakuku Peterside, has urged the people of Rivers State to see the new year as an opportunity to strive for new possibilities.

In his message, Peterside criticised what he described as the anti-labour policies of the Rivers State governor, Nyesom Wike.

“As a state, we have a crucial year ahead of us. It is a year that could be decisive in determining the future of our state and people. It shall be an opportunity for us to correct the mistakes of the past and choose a new path. Please renew your mind and know that there are better days ahead,” he stated.