On the eve of Nigeria’s 62nd Independence anniversary, something pleasant happened in Nigerian football as friendly-enemies of the game were effectively annihilated in a battle… 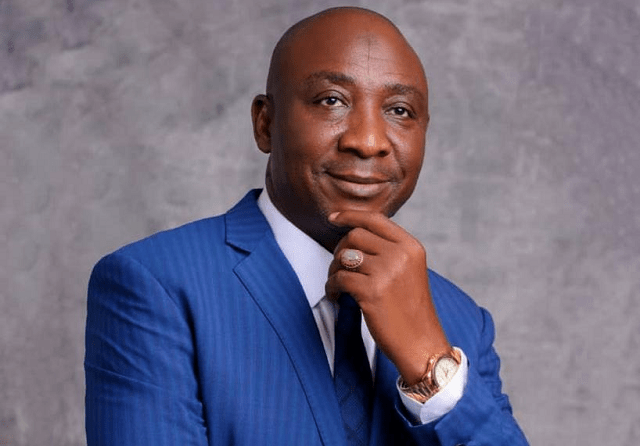 On the eve of Nigeria’s 62nd Independence anniversary, something pleasant happened in Nigerian football as friendly-enemies of the game were effectively annihilated in a battle that was fought without guns.

For those who have not heard the good news, there is a brand new board for the Nigeria Football Federation (NFF). At its 78th Annual General Assembly in Benin City, Edo State, Zamfara State born football administrator and former chairman of chairmen in the past NFF board, Alhaji Ibrahim Musa Gusau, was elected the new president of the NFF.

At the end of the first round of voting, Gusau failed to win by simple majority but in the re-run which saw all other contestants except Peterside Idah stepping down for him, he had a stroll in the park as he defeated the former Nigerian international with 39 votes to a miserable one vote.

Gusau’s resounding victory didn’t come to many as a surprise. The moment three frontline candidates from the north, Hon. Suleiman Yahaya Kwande, Barrister Musa Amadu and Alhaji Abba Moutar Mohammed pulled out of the race, it became evident that he would be the next NFF president.

The action of the trio only confirmed the well known fact that northerners are very good politicians. If you doubt this, go and ask Governor Nyesom Wike who is still licking his wounds months after the Peoples Democratic Party’s presidential primaries.

Following the outcome of the election in Benin City, football stakeholders, especially those in the camp of the new NFF president are in a celebratory mood but it is necessary to remind them that in football, it is not over until it is all over. They mustn’t forget the disturbing events that preceded the elections in Benin.

It will be recalled that a few days to the election, some aggrieved stakeholders had obtained an ex Parte order from a Federal High Court in Abuja stopping the Ministry of Sports and the NFF from proceeding with the electoral process.

This wasn’t unexpected because the then Amaju Pinnick led board was trying to play smart with the members of the Professional Footballers Association of Nigeria (PFAN) who have been at the forefront of the struggle to have the football space opened wide enough to accommodate more stakeholders.

They had obtained a court injunction restraining the NFF from holding its Annual General Assembly (AGM) where the processes leading to fresh elections are usually discussed by the congressmen. However, when it became obvious that Pinnick and his gang were hiding under the same court order in an attempt to elongate their tenure, some state FA chairmen convened a meeting where they prevailed on Harrison Jalla and his friends to have the court order vacated.

However, soon as the aggrieved persons complied for the AGM to be held, Pinnick and his men unleashed another dubious plot as they deliberately excluded PFAN from the congress in Lagos. The moment the other players’ union, championed by Pinnick’s loyalist, Chikelue IIoenyosi, was invited to attend the congress, it was obvious that Harrison Jalla and Chief Rumson Victor Baribote would return to the trenches.

Expectedly, they returned to court to obtain the September 15 ex parte order  to stop the election. However, on September 29, the NFF approached an Appeal Court and obtained a counter order for stay of execution for the election to take place the following day.

But one thing that mustn’t be forgotten is that by going to a conventional court to be allowed to hold its election, the NFF has once again submitted to the laws of the land. This will no doubt give their antagonists the moral justification to continue with their court case in conventional courts.

In view of the foregoing, it is necessary to point out that even as the 2022 NFF elections have been conducted, there is still tension in the air. The coming days may witness legal battles as the aggrieved PFAN men would do everything humanly possible to nullify the exercise in Benin City.

It is for this reason that I feel strongly that the first and most important assignment for the new NFF president is for him to stoop low to reconcile all the aggrieved parties. To achieve this, he should find a way to convince those who have court cases against the NFF to drop them. This will be possible, if he is transparent and sincere in his dealings with all stakeholders, especially those with axes to grind with the football federation. Without peace, there can be no development.

If he does not allow the new found power to transform him into a monster, the Gusau that some of us know is a humble man who should be trusted by other football stakeholders. In fact, he may not be the most competent and glamorous among those who contested the NFF presidency but he triumphed because he is the direct opposite of his predecessor who is almost synonymous with haughtiness and arrogance.

It must also be said that before his exit, Pinnick had wilfully sown seeds of discord among Nigerian football stakeholders. Apart from the open secret that he instigated the endless wrangling in the players’ union, he encouraged the disintegration of the once united Nigerian football supporters club.

Therefore, once Gusau is able to clean the mess left behind by Pinnick, he can settle down to the business of administering Nigerian football. He must not forget that his predecessor’s major undoing was his condescending attitude and blatant refusal to take his board members along with him. His divide and rule policy contributed substantially to the sorry state of Nigerian football.