The newly appointed Emir of Kano, Alhaji Aminu Ado Bayero, will likely get his staff of office today, a source close to the state government… 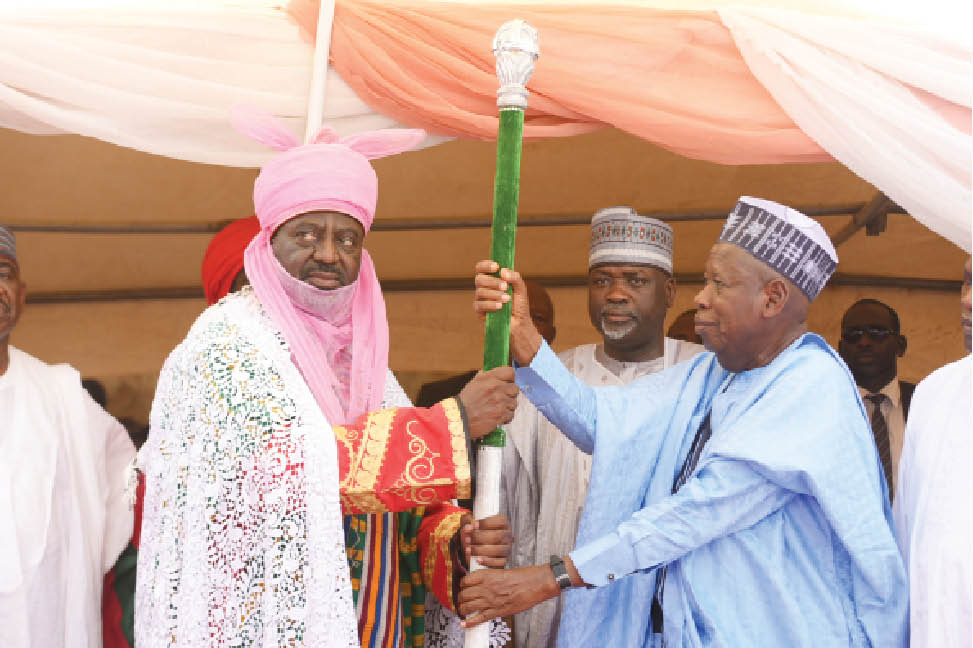 By Yusha’u A. Ibrahim, Kano

The newly appointed Emir of Kano, Alhaji Aminu Ado Bayero, will likely get his staff of office today, a source close to the state government has revealed.

According to the source, Bayero would be escorted to the emir’s palace in Kano shortly after he receives his staff of office.

“Arrangements have been concluded for the presentation of the staff of office to the emir by the state Governor, Dr Abdullahi Umar Ganduje,” the source said. “If he did not get it today, I can assure you, he will get it tomorrow.

“Although the governor is out of the state, but he may return and present the staff of office to the new emir today. It is not something that will take much time,” he added.

Another source confided in Daily Trust that the ceremony for the presentation of staff of office to the new emir may likely take place tomorrow (Wednesday).

The source explained that the state governor, who is to present the staff of office is currently not in the state.

Alhaji Aminu Ado Bayero was announced as the new emir of Kano yesterday.

The Secretary to the State Government, Alhaji Usman Alhaji made the announcement hours after Muhammadu Sanusi ll was dethroned.

Alhaji said the appointment was in line with the provision of Kano state Emirate Council Law 2019.

“Section 11 (1) of the Law has empowered the governor to appoint Alhaji Aminu Ado Bayero as the emir of Kano,” he said.

The secretary to the state government said the four kingmakers of Kano emirate had earlier recommended the appointment of Aminu Ado Bayero as the emir of Kano.

His father was the emir before Muhammad Sanusi II.

Why Sanusi II was removed

The Kano State Executive Council, under the Chairmanship of the state governor, on Monday, approved the immediate removal of the Emir of Kano Emirate, Muhammad Sanusi II.

Usman Alhaji, the Secretary to the Kano State Government, in a statement circulated to journalists, said Sanusi was disrespectful to authorities. He was also accused of insubordination.