The newly appointed Emir of Kano, Alhaji Aminu Ado Bayero has paid homage to his mother at her personal residence located within Kano metropolis. Thousands… 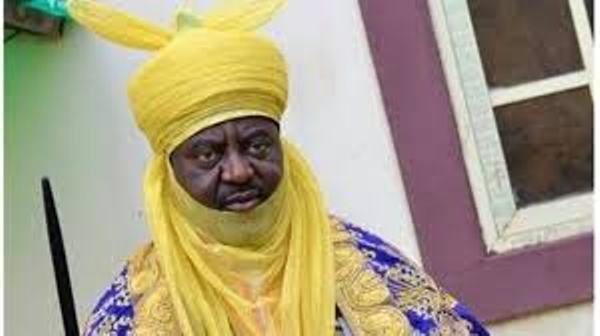 By Yusha’u A. Ibrahim, Kano

The newly appointed Emir of Kano, Alhaji Aminu Ado Bayero has paid homage to his mother at her personal residence located within Kano metropolis.

Thousands of people converged at the emir’s house at Mandawari quarters in the early hours of Tuesday and accompanied him to his mother’s home.

Bayero was escorted to his mother’s house amidst jubilation by thousands of his supporters, who engaged in stylish drumming and singing during a procession-like event.

READ: Who is Alhaji Aminu Ado Bayero, the new Emir of Kano?

The emir’s visit to his mother is his first outing 24 hours after he was appointed emir of Kano by Governor Abdullahi Umar Ganduje.

Ganduje yesterday approved the appointment of Bayero as the new Emir of Kano hours after dethroning Emir Muhammadu Sanusi II.

Meanwhile the dethroned Emir of Kano, Muhammdu Sanusi II has urged the people to support the new emir.

Sanusi ll was dethroned yesterday over what the Kano state government described as ‘disrespect to the office of the governor and other government agencies‘.

Sanusi II in a video obtained by Daily Trust on Tuesday, said he has accepted his dethronement as “an act of God, noting that it will be the best for us”

The former governor of the Central Bank of Nigeria, CBN, said there was no reason to be sad over his dethronement.

Daily Trust gathered that Governor Abdullahi Sule of Nasarawa State has summoned an emergency meeting with first class traditional rulers in the state to fashion out how to address the accommodation and upkeep of the deposed Emir of Kano, Muhammadu Sanusi II.

Sanusi II, who was sent on exile, is to live in Loko town of Nasarawa Local Government in Nasarawa State.