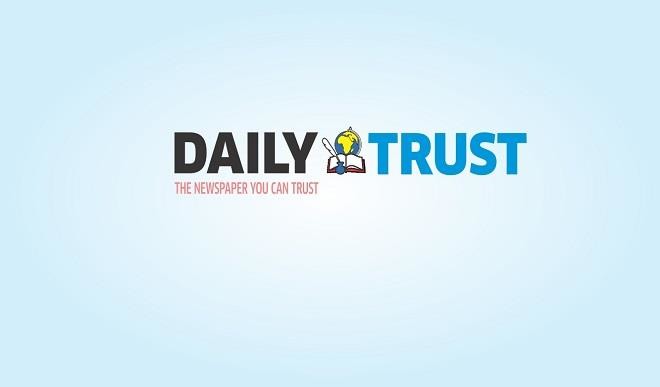 As the first career officer to have assumed the position of Corps Marshal in the 29 years of existence of the Federal Road Safety Corps (FRSC), all eyes have been on Dr. Boboye Oyeyemi to deliver and validate the truism that FRSC has come of age. And as many staff, road safety stakeholders and members of the public have testified, FRSC management in the last two and half years under his leadership has improved greatly both in operations and administration. As some observers have noted, the successes recorded in the just concluded end of year special patrol for Christmas and New Year celebrations were indicative of the level of capability of the Corps to diligently play its role as the custodian of road safety in the country.

The operation, codenamed ‘Operation Zero Tolerance For Road Traffic Crashes’, was an exercise that attracted the most massive deployment of staff and logistics in the annals of FRSC annual operations with involvement of aerial surveillance introduced in 2010. Having headed most of the strategic departments of the FRSC including Operations and commanded several zones with commendable results, Oyeyemi who has earned the reputation as a veteran in FRSC operational matters demonstrated his strategic competence when he directed studies to be carried out to determine the traffic trends, corridors, black spots and the required human and logistic resources that could tackle the perennial traffic challenges during the yuletide season before launching the operations. Interestingly, while his management deliberated on the operational strategies of the exercise, its plans were boosted by the unprecedented logistics support received from President Muhammadu Buhari whose administration provided over 300 patrol vehicles, tow trucks and ambulances for the Corps.

Accordingly, over 36,000 personnel of the FRSC including members of the Special Marshals and the World Bank-assisted heavy duty tow trucks, ambulances and power bikes that complemented the last deliveries of patrol equipment to the Corps from the Federal Government were rolled out for the operation. The FRSC’s offices including that of the Corps Marshal literarily relocated to the nation’s highways within the period as the Corps Marshal who served as the Grand Commander was actively involved in the monitoring exercise. Members of the Management staff, Zonal and Sector Commanders as well as heads of Corps offices at the National Headquarters were not left out in the monitoring to ensure efficiency in the operations. “All Commanding Officers are hereby directed to take personal charge of the operation in their operational areas to ensure that roads are free of wreckage. Consequently, cases of gridlock and road obstructions that could lead to travellers sleeping on the road must not be reported anywhere in the country, as such wreckage must be removed promptly,” Oyeyemi stated in his directives to Field Commanders.

Formally flagged off with deployment of monitors from the National Headquarters on 19 December 2016 and lasted till 15 January 2017, the FRSC rose to the occasion by committing to the ideals of the FRSC, especially with the wide celebrations in the Corps across the commands to mark release of list of promoted staff. Thus despite the gimmicks played out by some detractors to derail the exercise, a strange propaganda that contrasted sharply with FRSC’s known values, the ever motivated staff remained diligent, committed and focused and therefore, made all the roads safe for  travellers under atmosphere of increased determination and enthusiasm. It was, therefore, not surprising that as motorists traversed the nook and crannies of the country, they met fully charged staff in their combat dress and newly-approved peaked cap for traffic management.

As some of them noted, the 2016 FRSC end of year special patrol was a huge success and aided in the restoration of sanity in the otherwise chaotic traffic situations. “It was so efficiently planned that one could see massively deployed staff and logistics at all the blacks spots; thus creating sanity during the period when people were dreading road chaos,” one of the travellers wrote on his Facebook page. According to Malam Abubakar Aliyu, a resident of Lokoja, the presence of the FRSC personnel at every strategic location in the town including the NATACO Junction directing traffic ensured that cases of wrongful parking were addressed, and Lokoja was made free of the usual gridlock. In the same vein, Dipo, a driver who regularly operate along Lagos-Ibadan expressway expressed satisfaction with the heavy presence of FRSC personnel and equipment along the notorious highway resulting in free and safe movement of people during the festive period.

Mrs. Maduka who reported from Anambra State, noted that FRSC personnel were massively deployed at the Asaba end of the Niger Bridge, Onitsa and formed foot lines that prevented random stoppage of vehicles on the bridge, thereby paving way for unobstructed movement of vehicles. The general applause for the FRSC for the job well done n the operation, therefore, became the new song among the people which Engineer Babachir Lawal, the Secretary to the Government of the Federation (SGF), echoed when he commended the staff for their diligence and urged them to sustain the spirit in the New Year. “I also wish to use the opportunity to commend Management and staff of the FRSC for the efficient traffic management witnessed during the recent Christmas and New Year celebrations as evidenced by the massive deployment of personnel and logistics in all the identified black spots across the country. This should be sustained in the new year,” he stated while decorating some of the newly promoted senior officers of the FRSC on  January 5, 2017.

In his New Year message, Corps Marshal Oyeyemi, assured of FRSC’s sustained commitment to safer road campaigns and commended the staff for displaying diligence and commitment during the operations. He further stated that FRSC will not rest on its oars in the commitment to making the nation’s roads safer in the New Year. As we commence the New Year on a positive note, it behoves on all Nigerians to lend support for the success of the new dimension to traffic management by the leadership of the FRSC through a campaign that makes everyone a stakeholder in road safety matters in line with Corps Marshal Oyeyemi’s admonition to motorist to “Always drive to save a life.”

Abdullahi, Superintendent Route Commander, is the Media Assistant to the FRSC Corps Marshal.