The National Environmental Standards and Regulations Enforcement Agency (NESREA) has launched an investigation into the operations of a Chinese firm, Hongao Mining Company, over alleged… 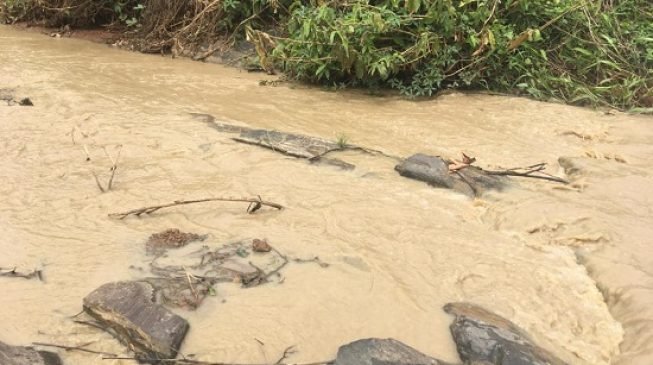 The National Environmental Standards and Regulations Enforcement Agency (NESREA) has launched an investigation into the operations of a Chinese firm, Hongao Mining Company, over alleged pollution of the source of water in Kutasa community of Karshi District of the Federal Capital Territory (FCT).

The Director-General of NESREA, Prof. Aliyu Jauro, who led an investigation team on an unscheduled inspection of the gold mining site of the company, recently, said the visit followed complaints by the residents alleging that the activities of the company compromised the quality of their main source of water.

Prof. Jauro and his team were received by the Site Manager, Mr Michael Moses, a translator, Mr. Stanley Ezeilo and three of the Chinese staff who were said to be on site but declined to interact with the NESREA D-G and his team.

“There are allegations of water pollution. We came here to carry out an investigation and ensure that they comply with the requisite provisions. We have a regulation, the National Environmental (Mining and Processing of Coal Ore and other Industrial Minerals) Regulation. What is required of all these mining companies is stipulated there,” Prof. Jauro said.

He said there is need for them to have carried out an Environmental Impact Assessment, adding that his team would inspect the company’s Environmental Statement, CAC documents and mining lease.

However, Mr. Michael said he had no idea of the availability of such documents and that the company had halted operations following the issues they were having with the community.

The NESREA boss, however, said the agency had taken water and soil samples for laboratory analysis. He said he would not hesitate to mete out prescribed penalties if the company is found to have flouted the law.

A resident of the community, Mr Chapi Godwin, said the company discharged waste water directly into their main source of water, a stream, which ran across the facility thereby making their water unfit for domestic use.

He said the company began operations in November 2019 and not long after, the Kutasa community began to experience outbreak of rashes on the skin of their children.