Ned Nwoko: A man of many parts

By Fred Okey Prince Ned Munir Nwoko is a man of many parts. He has thrived in business; in private practice as a lawyer, politics;… 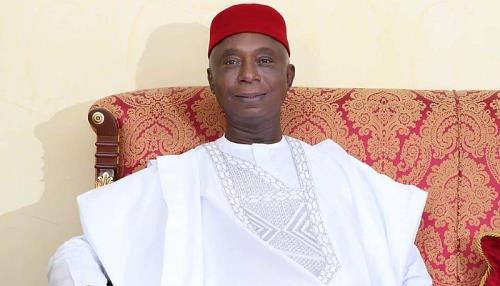 Prince Ned Munir Nwoko is a man of many parts. He has thrived in business; in private practice as a lawyer, politics; as an educator, philanthropist; as a sports patron and as a patriotic citizen of Nigeria. Prince Nwoko began his early life and education in Nigeria before proceeding to King’s College London, where he received an LLM in maritime and commercial law. He had previously obtained his first degree in law and history at the University of Keele, England. He was subsequently called to the English bar at Lincoln’s Inn. He is currently a solicitor of the Supreme Court of England and Wales.

Prince Ned hails from the Anioma spectrum of Delta state and he was a member of the house of representatives, representing Aniocha/Oshimili federal constituency from 1999 to 2003 – where he proved himself in the service of his people.

Before his return to Nigeria, Prince Nwoko was secretary-general, Nigerian legal practitioners UK and was visiting adviser, citizens’ advice bureau, based in London. He received an Honorary Doctorate degree in Letters (D.Litt.) by Commonwealth University College, Belize and honorary doctorate degree in science by the Federal University of Petroleum Resources Effurun FUPRE, Delta state.

Prince Nwoko is reputed to be a principal actor in the Paris Club loan refunds under the Obasanjo administration – a patriotic duty to father land. He was said to have written the reports that led to Nigeria government’s discontinuation of monthly deductions from states’ allocations and commencement of refunds to states. He helped the states of Nigeria to recover over $20 billion of deductions from various foreign loans.

Prince Nwoko was said to have investigated the multinational creditors and discovered discrepancies in loan repayments, and this resulted in the refund of the first tranches of loan during the Obasanjo administration. He was also said to have taken the Federal government to court on behalf of 774 Local governments for the refund of illegal deductions and obtained judgment of $3.2billion for the local governments. The Federal Government of Nigeria has reportedly refunded all the monies in line with the court judgment of 2013.

Incidentally, Peter Obi, Labour Party presidential candidate, was one of the first governors to visit Prince Nwoko’s office in London to give instructions in connection with Anambra state’s foreign loans. Prince Nwoko had stirred popular conversations on national politics after a BBC interview in June, 2022.

“We would like him back in PDP; he will do very well as the minister of economy. He will help us run the economy, in eight years the Nigerian economy will turn around,” Prince Nwoko said of Obi in the interview.

The Delta-born politician had described Obi as “frugal but a big-time player in the economy world”.

THE MAN, HIS MYSTERY AND MIDAS TOUCH

Everything Prince Nwoko touches appears to come to live, prosper, burgeon, thrive and blossom. Nwoko, a passionate advocate of malaria eradication, embarked on a symbolic expedition to Antarctica to launch a Malaria Eradication Project in 2020. This made him the first black African to visit the South Pole Antarctica.

Some wonder why this Prince of the south-south elected to campaign for the eradication of malaria in Africa through his foundation. But his resolve is driven by science and unaffected commitment to humanity. For instance, about 300,000 people are reported to die of malaria annually in Nigeria, mostly children. According to 2020 World Malaria report, Nigeria had the highest number of cases in 2019.

This Prince of the south-south plans to achieve his bounden aim through the campaign for vaccine development, integrated vector management, advocacy and mobilisation. According to him, ‘’Research has revealed that malaria and mosquitoes are not natural to us: they can be eradicated. The first thing is to address the cause, mosquito, which breeds and multiplies in dirty environment’’. He also sponsored the Malaria Eradication and Waste Management Bill to provide a legal framework for the battle against this killer disease.

The Prince of the south-south, who is also passionate about sports, set up one of the foremost composite sports Universities in Africa – in his native Idumuje-Ugboko. The federal government recently approved the university for take-off. Academic exercise will commence at the university in September 2022.

Here is what the philanthropist says about this novel effort: “The project has not only been in the pipeline since 2017, but a burning desire and one of the bills I proposed while in the house of representatives, which has finally seen the light of the day. However, there is a misconception that sports hamper a child’s dedication towards academics. The university is modelled to pursue the advancement of learning in specialised areas of sports development including management as well as to conduct specialised professional coaching courses, and research to advance various breakthroughs in sports.”

In May 2022, the Nigerian businessman secured the Peoples Democratic Party (PDP) ticket to contest a seat in the senate. Prince Nwoko won the PDP ticket to represent the party in the Delta north senatorial district election in the 2023 polls – by a landslide.

The Prince of the south-south got 242 votes to defeat Paul Osaji, his closest opponent, who secured 67 out of 310 votes.

Despite his unprecedented achievements, Prince Nwoko has kept his mystery, yet putting a touch of excellence on everything he touches – in the pursuit of the good of his community, the nation and the citizens.

He is a refined gentleman and the best specimen of purpose, sacrifice, devotion and commitment to national ethos.