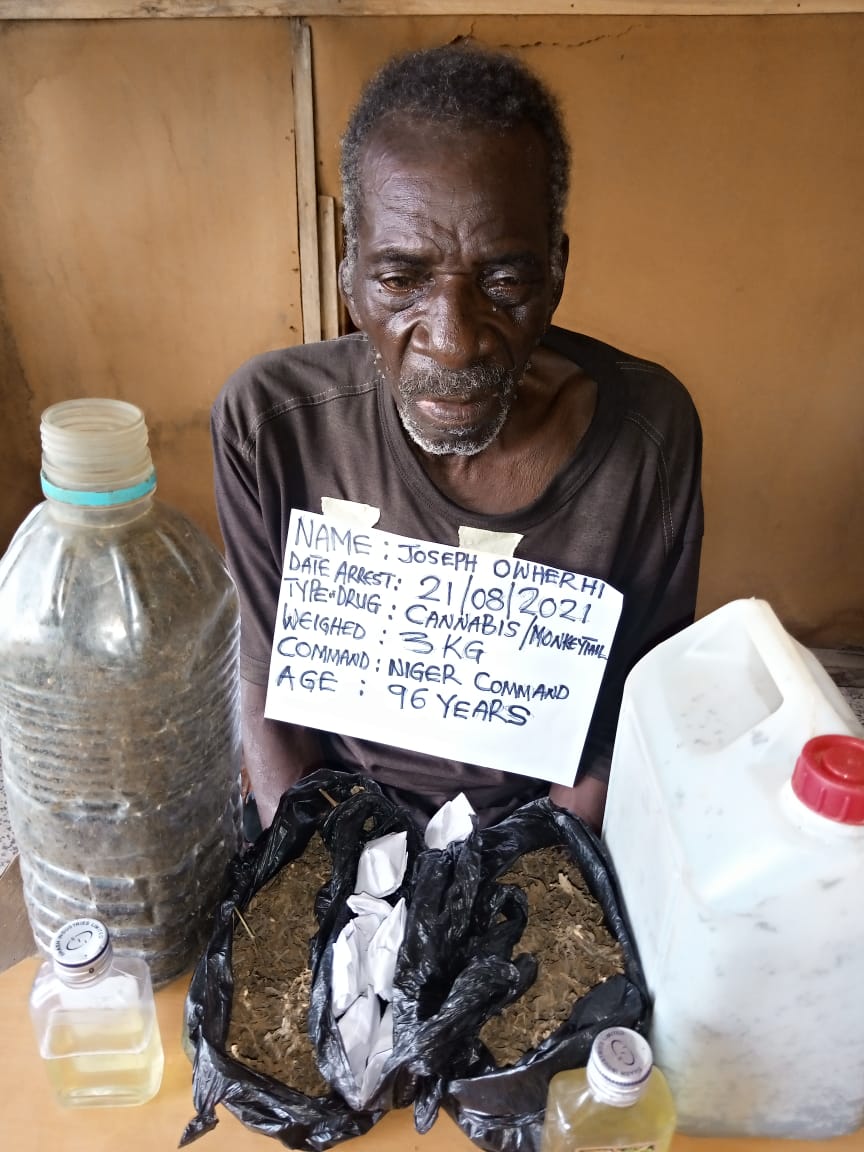 Spokesman of the agency, Femi Babafemi, said on Tuesday in Abuja that the nonagenarian was arrested in his house at Rafin Sanyi area of Suleja on Saturday, 21st August 2021 with three kilograms of skunk based on credible intelligence.

In his statement, Owherhi, who confessed he has been living on the illicit trade since he retired from the military in 1982, also claimed he has eight wives and 50 children.

Also, four trans-border drug traffickers were arrested in Adamawa State while attempting to cross the land border on motorcycle in Kolere village, Mubi North LGA to Cameroon on Sunday 22nd August with packs of Tramadol concealed inside noodles cartons.

Narcotic officers had during a raid the previous day, in the state, arrested a drug dealer, Chimezie Okorie, at Layin ‘Yan Gwanjo, Mubi market where assorted drugs such as 23kg of Tramadol and 32kg of Diazepam injection were recovered from him.

A total of 238kg of cannabis and two grams of cocaine were recovered from them.

In Kogi state, one Chizoba Francis was arrested at the weekend in Lokoja with 54kg cannabis hidden in sacks and covered with used footwears.

The consignment was bought at Emure, Ondo state with Kaduna as destination.

In Ondo State, operatives equally recovered 308kg of compressed cannabis loaded into a Lexus car during a sting operation in Eleyewo area of Akure North LGA at the weekend.

While commending the officers and men of Niger, Adamawa, Lagos, Ondo, Kogi and Oyo Commands of the Agency for their relentless efforts, Chairman/Chief Executive of NDLEA, Brig-Gen. Mohamed Buba Marwa, charged them and their counterparts across the country not to rest on their oars in the ongoing offensive action against all drug cartels in Nigeria.