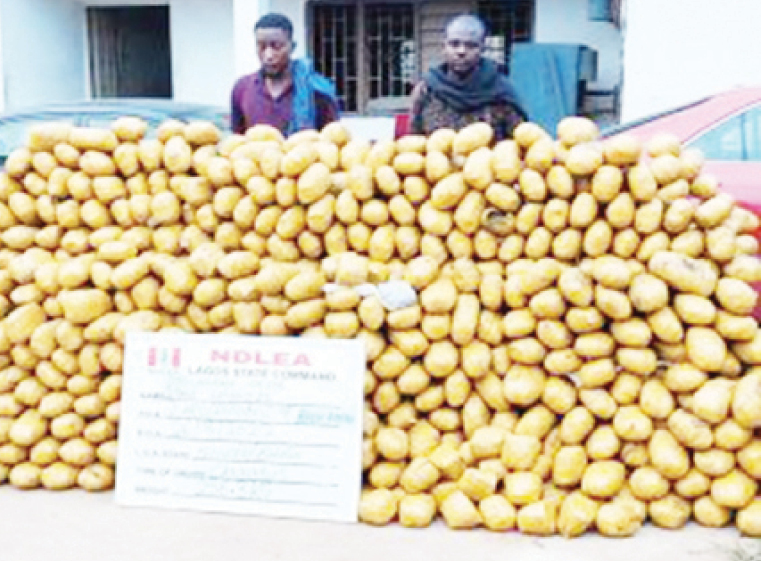 Drugs intercepted by the NDLEA operatives in Ondo State

3 arrested as bandits’ informants in Kaduna

He said, “The suspected bandits were nabbed on Friday, September 2, 2022.

Babafemi said the NDLEA operatives also discovered 5.5kg of cannabis concealed in CD players in a commercial bus on Sokoto-Bodinga road on Saturday.

He explained that, “Upon search, 5.5kgs of cannabis was discovered inside the CD players, and the owner, Nasiru Ibrahim, was arrested.

“While in another bus, a suspected bandit, Sani Ibrahim (37), was arrested with some ammunition and cannabis sativa on Kware Road in Sokoto State.”

Meanwhile, an Abuja businesswoman, Onyinye Nwoke (38), has been arrested following an intelligence-led raid at her residence in Galadimawa.

He said operatives uprooted fresh stems of cannabis grown at the backyard of Ms Nwoke’s house, which measured 18.4kg, while 800g of cannabis seeds were also recovered from the house.