The Niger Delta Development Commission (NDDC), has handed over utility vehicles used during the physical verification phase of the forensic audit of the commission’s projects… 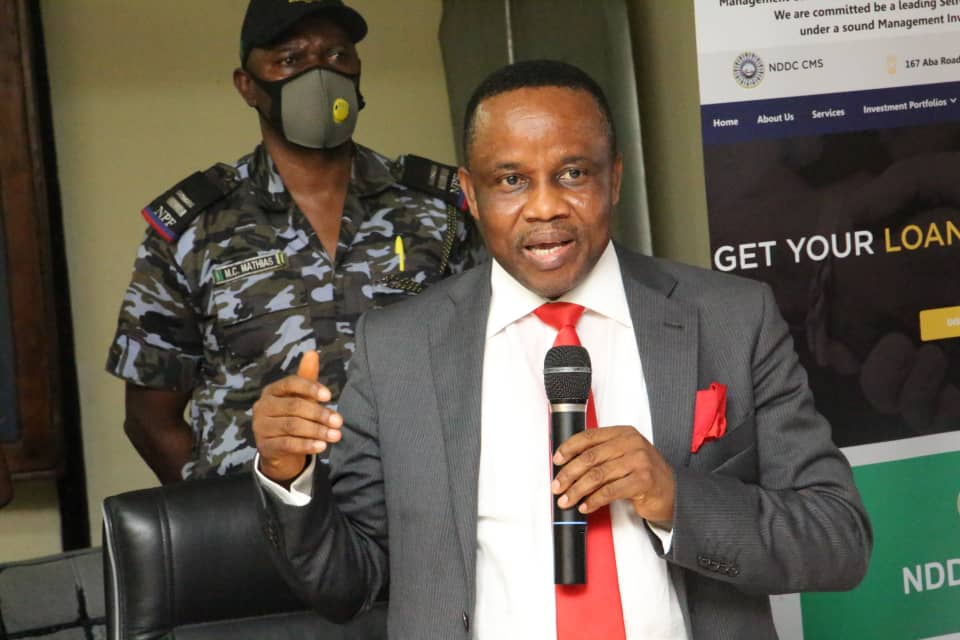 The Niger Delta Development Commission (NDDC), has handed over utility vehicles used during the physical verification phase of the forensic audit of the commission’s projects across the Niger Delta region, to security agencies.

Speaking during the presentation of the vehicle documents and keys to the security agencies at the NDDC warehouse in Port Harcourt, the Interim Administrator, Dr. Efiong Akwa, thanked President Muhammadu Buhari for approving the procurement of 33 Ford Ranger vehicles used by the security operatives during the forensic exercise.

He commended security agencies, which were part of the Joint Security Committee of the audit exercise, comprising officers from the Nigerian Army, Navy, Police, Directorate of State Security and the Nigeria Civil Defence Corps, for their commitment to ensuring that the audit exercise was conducted without any security hitches.

“The ceremony is very symbolic because it tells a very good story about the security agencies. They did their job successfully without hitches. The forensic exercise has helped the NDDC to show that projects that were uncompleted.

“The President graciously directed that upon completion of the job which they did, without any loss of human life that the vehicles should be handed over to various security agencies as part of Federal Government’s contribution in solving their logistics problems, Akwa stated.”

“This is a good day for us, the security agencies, and the NDDC. The task the Federal Government gave us to support the forensic audit was successfully carried out. The audit was carried out without any ugly incidents. We are grateful that the vehicles have been handed over to us for internal security activities,” he said.