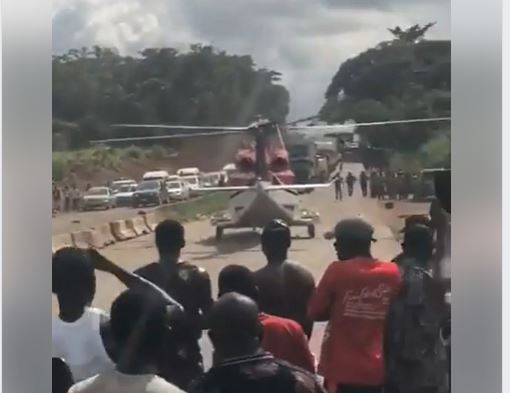 Screenshot of the video showing helicopter picking someone on Benin-Ore expressway.

The Nigerian Civil Aviation Authority (NCAA) on Tuesday said it was fully aware of the viral video of the Helicopter that landed on the Benin – Ore expressway.

“The Pilot was compelled to land between Benin and Ore in an unscheduled diversion to pick up someone”, said the spokesman of NCAA, Mr. Sam Adurogboye, in a statement today.

He said the NCAA has commenced full scale investigation to ascertain the circumstances surrounding the unscheduled diversion.

“As soon as the investigation is concluded, the outcome will be made public”, he added.