NBA shuns call to bar ceremony over dispute with Olanipekun

The Nigerian Bar Association (NBA), on Tuesday, shunned the Call to Bar ceremony due to its rift with Wole Olanipekun (SAN), Chairman of the Body… 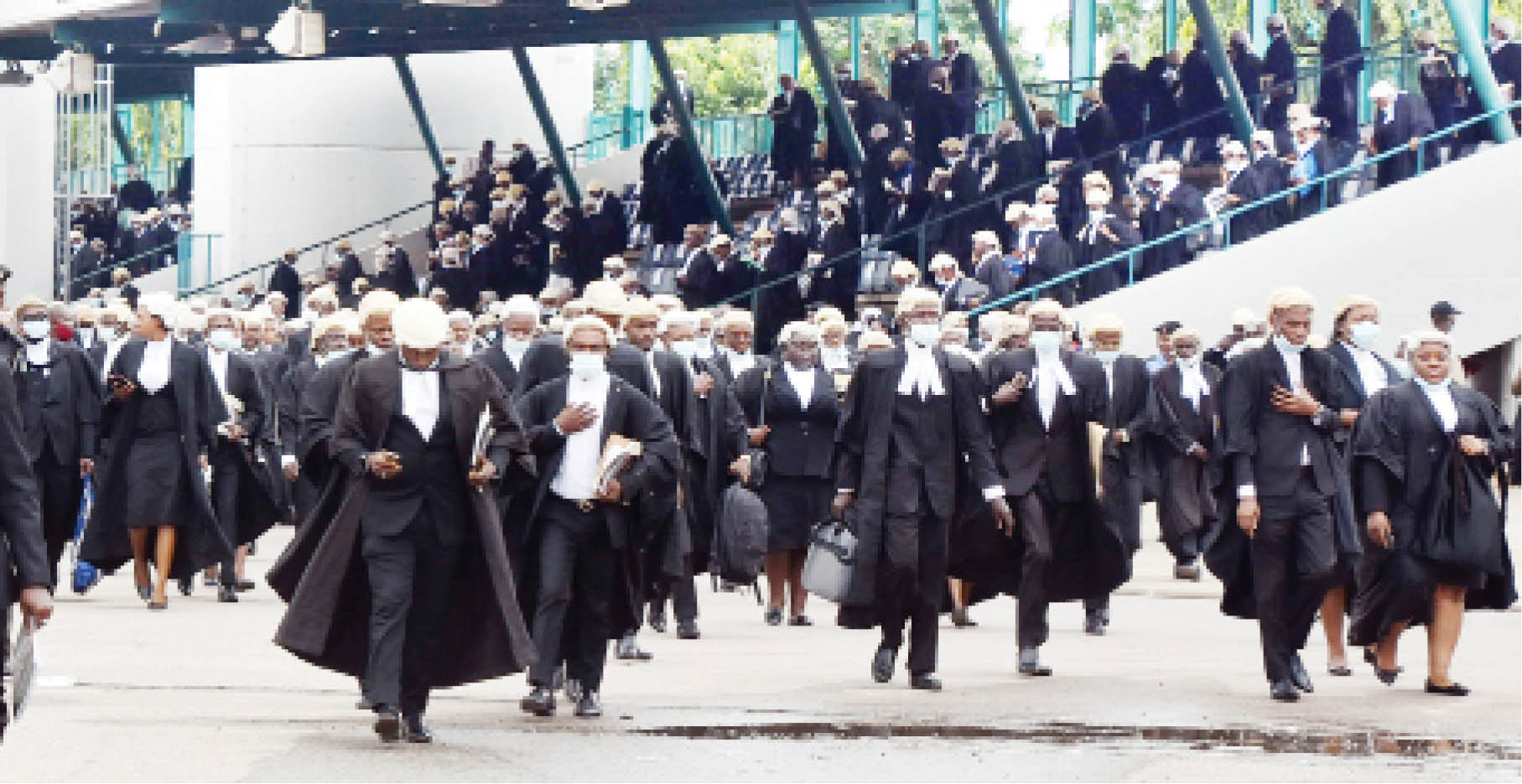 The Nigerian Bar Association (NBA), on Tuesday, shunned the Call to Bar ceremony due to its rift with Wole Olanipekun (SAN), Chairman of the Body of Benchers (BOB).

The association had asked Olanipekun to recuse himself from the ceremony.

Yakubu Maikyau (SAN), NBA President, had earlier written to Olanipekun to demand his absence from the programme so as to salvage the image, reputation and integrity of the legal profession in Nigeria following the email soliciting to hijack the brief of Henry Ajumogobia (SAN) with SAIPEM Oil Contracting Ltd with the Rivers State Government by a partner in the chambers of Olanipekun and Co., Adekunbi Ogunde.

But the BOB Chairman presided over the induction of 4,711 lawyers who passed the Nigeria Law School examinations to practice in Nigeria.

He bemoaned the high number of lawyers produced by the seven campuses of the law school, which is 37,164 lawyers between 2016 and 2022, saying it is against the reality of the labour market.

“The same cannot be said of the Nigerian situation where lawyers are produced irrespective of the harsh economic realities being faced and the capacity of the system to cater for them.

“To my mind, this situation should be of great concern to the leading stakeholders in the legal profession and tne justice delivery sector in Nigeria.

“I have my serious doubt if our labour market absorbs about 20% of the lawyers being produced annually by us, meaning that about 80% of those new entrants are unabsorbed or unemployed on yearly basis, taking our bearing conservatively from the past six years.

Olanipekun said the legal profession faces real threat as the entire Nigerian system, unlike in the past when the profession easily absorbed all new lawyers.

“Recently, the National Bureau of Statistics came out with a scary report that 133 million Nigerians (out of an estimation of 216 million) are poor.

“It is imperative for those of us who are leaders of the profession to find out how many legal practitioners are classified among this 133 million, and work out the percentage of poor lawyers in the population, based on the number of lawyers on the roll.”

In his address, the Director General of the Nigerian Law School, Professor Isa Hayatu Chiroma, commended the efforts of the school in the production of manpower for the judiciary, military, police, customs, banking, finance sectors, professors and lecturers, many sister African countries in legal education.