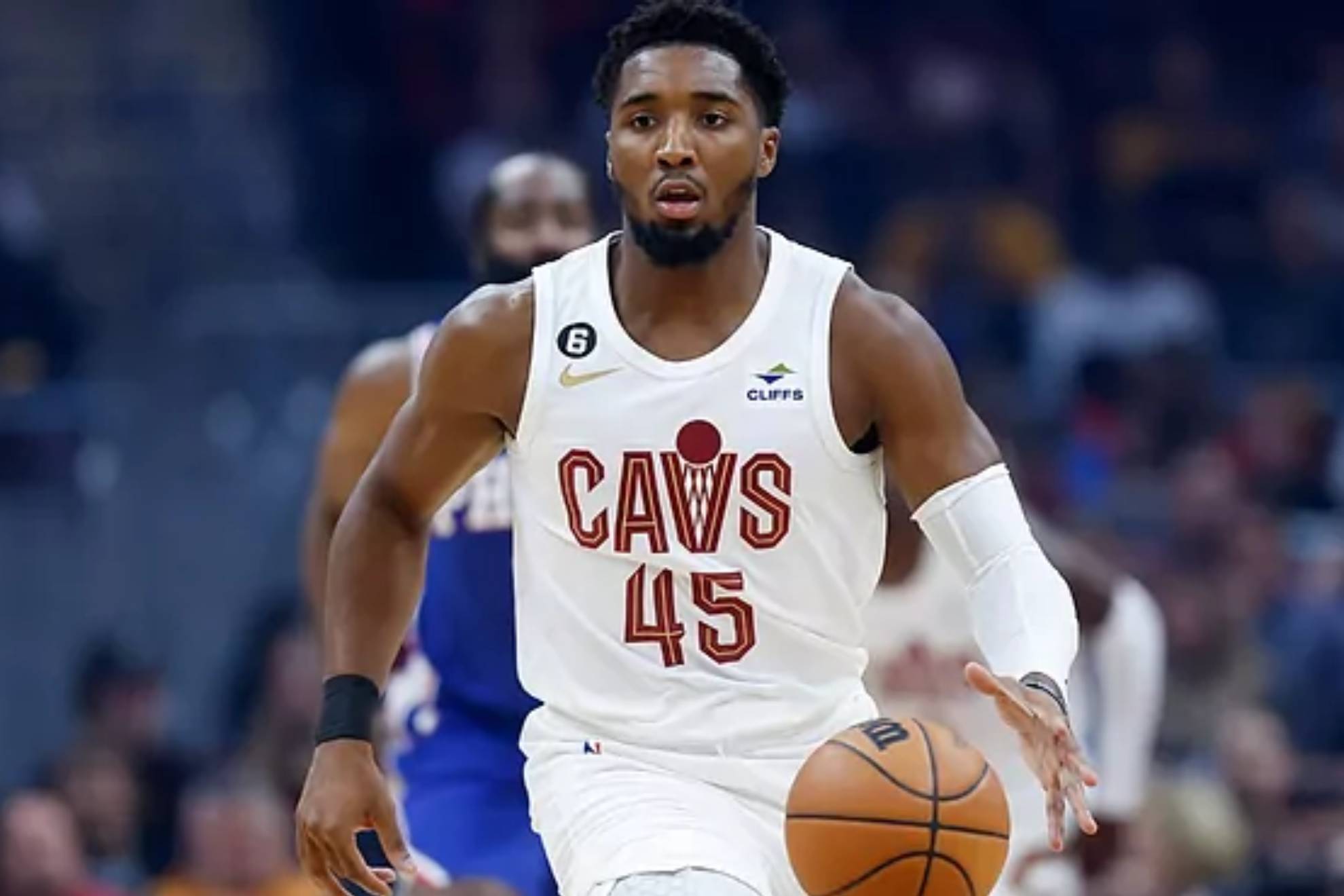 Donovan Mitchell scored 43 points to lead the Cleveland Cavaliers to a 116-102 NBA victory on Tuesday over a Los Angeles Lakers team that clearly missed the firepower of ailing Anthony Davis.

Star centre Davis had scored 99 points in the Lakers’ last two games, including a 55-point outburst in a victory over the Wizards in Washington on Sunday.

However, he played just eight minutes in Cleveland before calling it a night with flu-like symptoms, and Mitchell and the Cavs took full advantage to improve their impressive home record to 11-1.

LeBron James scored 21 points and pulled down 17 rebounds, but it wasn’t enough against the team where he started his NBA career in 2003, and that he led to a championship in 2016 when he returned after winning two titles with Miami.

James was cheered when the Cavaliers played a tribute video during an early time out and Mitchell, who arrived in Cleveland via a trade from Utah in September, was struck by the moment.

“It’s well-deserved,” Mitchell said. “He’s one of the greatest players of all time.”

But James’s return trip to his native Ohio was overshadowed by the loss of Davis, who had averaged 34.2 points and 15.4 rebounds over his past 10 games as the Lakers began to turn their season around.

Lakers coach Darvin Ham said Davis wanted to “give it a go,” even as his symptoms, including a fever, worsened during the evening.

Even without him, the Lakers managed to keep it close, trailing by five with less than five minutes to play.

But Mitchell converted a three-point play to launch a 10-0 Cavaliers scoring run.

He came up with a steal and made a pair of free throws and Jarrett Allen’s steal on the Lakers’ next possession led to Caris LeVert’s fastbreak layup.

Mitchell capped the run with a step-back three-pointer. By the end of the game the cheers of Cleveland fans were for him, not James. And despite his admiration for the Lakers star, Mitchell admitted he was happy to “spoil the homecoming.”

Allen returned for Cleveland after missing five games with a low back contusion and made a quick impact, scoring 22 of his 24 points in the first half.

Darius Garland added 21 points and handed out 11 assists for the Cavs.

Mavs edge Nuggets
In Denver, 17 three-pointers and another triple-double gem from Luka Doncic were enough to lift the Dallas Mavericks to a 116-115 victory over the Nuggets.

Hardaway’s layup with 4:07 remaining put the Mavs up 111-101, but the Nuggets erased the 10-point deficit and took a one-point lead on Bruce Brown’s off-balance three-pointer with 37.9 seconds remaining.

Dorian Finney-Smith responded with a three-pointer off a feed from Doncic that put the Mavericks up for good with 17.3 seconds left.

In Miami, Detroit forward Bojan Bogdanovic scored 28 of his 31 points in the second half as the Pistons thumped the Heat 116-96.

Heat guard Tyler Herro led all scorers with 34 points, but 21 of those came in the first half and the Heat – with Jimmy Butler sidelined on the second night of a back-to-back as he manages a right knee injury – couldn’t find an answer as the Pistons pulled away late.