• Deal with troublemakers, APC urges   Governor Hope Uzodinma of Imo State has urged the federal government and security agencies to investigate the nationwide… 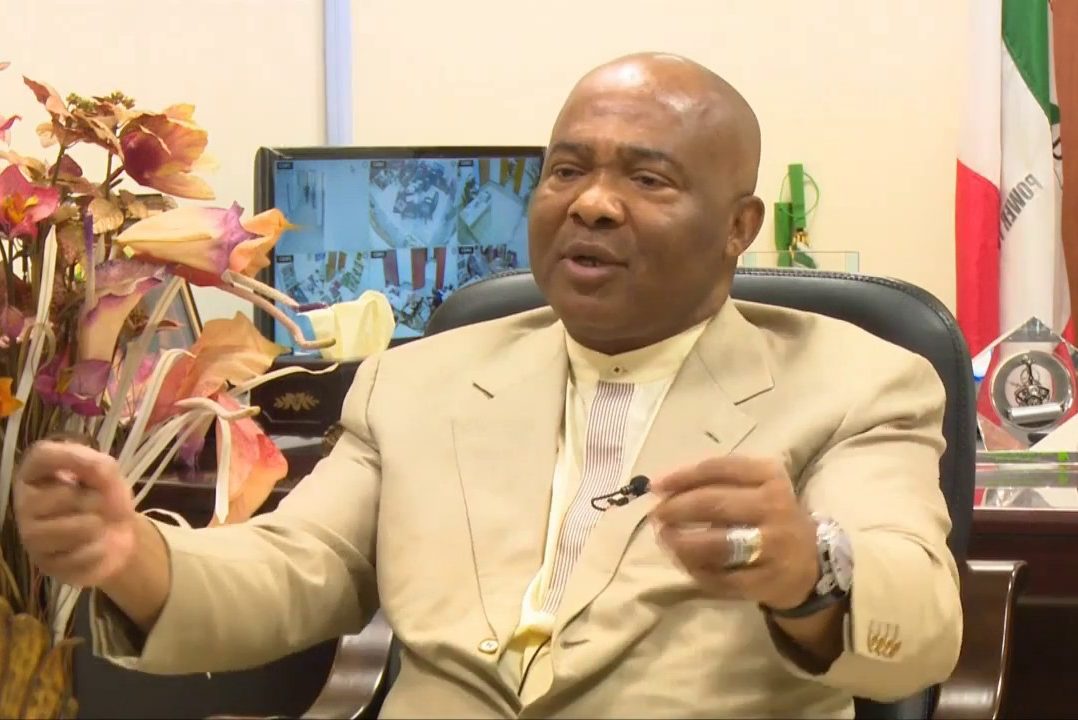 Governor Hope Uzodinma of Imo State has urged the federal government and security agencies to investigate the nationwide rally staged by the opposition Peoples Democratic Party (PDP) to protest the Supreme Court verdict that ousted Emeka Ihedioha as governor of the state.

He accused sponsors of the nationwide protest of attempting to overthrow the government of President Muhammadu Buhari.

The governor spoke on Monday when hundreds of supporters of the All Progressives Congress (APC) in the state staged a solidarity rally for him over his victory at the Supreme Court.

“Why are they organising a nationwide protest on an event that happened in Imo. If they didn’t have ulterior motive to bring down the government, they could have held the rally in Imo State, where the Supreme Court passed the judgement? ” he said.

“We are one united and indivisible country. We did not go to court to challenge the election on the grounds of violence or over voting, but we asked the court to add our votes which INEC did not include. It was on the basis of our argument that the Supreme Court declared me as the winner of the election,” he said.

The governor urged the people of the state to go about their normal businesses because he is in charge, adding, “It is by the grace of God that I’m your governor”.

The state APC deputy chairman, Ugochukwu Nzekwe, also speaking to the supporters, said the party members were on a solidarity rally to show that the people of the state were happy with Senator Hope Uzodinma as their new governor.

The State Secretary of APC, Dr. Love Ineh, berated women who participated in the PDP organised rally and described them as “hired town criers.”

She alleged that the women were given N500 each to participate in the protest, stressing that the state had passed that stage.

The protesters marched from Hero’s Square to the government house where the converged. Traffic was disrupted along major highways as motorists were stranded for hours. Traffic and regular policemen had hectic time controlling the crowd.

Meanwhile, the ruling All Progressives Congress (APC) has urged the relevant agencies to take the necessary steps to bring to account anyone attempting to cause chaos and violence in the country while hiding under ‘dubious’ political protest.

He said PDP’s lack of decorum in the political space was an abiding threat to the country’s nascent democracy, adding that APC found the “indecorous and contemptuous” actions and remarks by the PDP leadership worrisome.