The past week has been agog with some controversial social media posts alleging that the Minister of Science, Technology, and Innovation, Dr Ogbonnaya Onu, is… 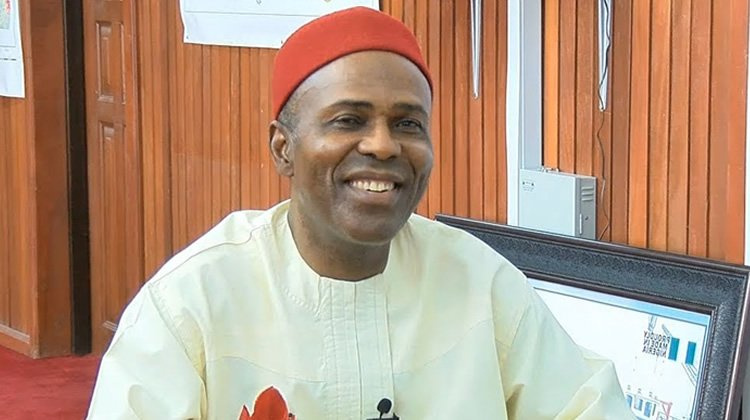 The past week has been agog with some controversial social media posts alleging that the Minister of Science, Technology, and Innovation, Dr Ogbonnaya Onu, is the APC anointed aspirant for the 2023 presidential election.

Although some of those posts were removed and the purveyors went into hiding, the minister himself issued a spirited rebuttal on Thursday, describing the publications as the handiwork of “political destabilisers”. Such fake news is capable of creating confusion in the polity.

However, as an interested citizen of this great nation, any genuine suggestions of the way forward for Nigeria are welcome. And it is obvious today that Nigeria is in dire straights. With the alarming unemployment rate, crime and insecurity, currency devaluation, and lack of basic infrastructure, Nigeria needs a leader who can take the work of President Muhammadu Buhari’s administration a notch higher and change the sorry narrative.

Many Nigerians believe Dr Ogbonnaya Onu is the right man for the job at this time. He is perceived to have some distinctive qualities and capabilities and is generally believed to be principled, honest, humble, and a brilliant administrator.

There are talks about Onu being one of the most senior foundation members of the APC after President Buhari as the idea about the merger of the various opposition political parties was his baby in 2010, and he nurtured it into life with the dogged support of President Buhari, Bisi Akande, late Tony Momoh, Ibrahim Shekarau, Alhaji Waziri, etc.

It will be recalled that he was nominated as the presidential candidate of the APP for the 1999 general election. But he bowed to party supremacy to concede his ticket for a joint ticket of AD/APP in favour of the urbane Chief Olu Falae to appease and ensure the South West remains in the Nigerian union over the June 12 crisis. And that is why he backed the brilliant Ibrahim Shekarau to become governor of Kano State and worked with him to transform Kano from an internecine hotbed to a relatively peaceful, modern commercial hub in the country.

In his ministry of primary assignment, Onu has promoted the standard he obtained from the US on patents by moving the country’s patent stock from five in 2015 to 55 in 2021. This means that with the backing from President Buhari through Executive Order 5 and the soon to be passed Nigeria Startup Bill, venture capital will lubricate a competitive products boom for the local and international market, saving Nigeria billions of dollars in forex and the predicted doom of a post-oil era.

There are talks that Onu does not have the national structure to win the general elections. There are also allegations that he has been slow to wield the hammer on some directors in his ministry allegedly indicted for malpractices.

Back to the national interest. In the face of the very debilitating conditions of security in the South East and the North East of Nigeria, it is in the national interest to affirmatively assist these two zones to recover and contribute to national development. Since the ruling APC has already pointed to the South for its presidential candidate, the choice of Onu will be comparable to the decision of Canadians to elect a man from Quebec, Joseph Philippe Pierre Yves Elliott Trudeau as Prime Minister, at the peak of the region’s violent secessionist agitation in 1968 led by Quebec Sovereignty Movement and other groups. Trudeau not only suppressed the crisis such that in a referendum of 1980 the people of Quebec rejected secession, but he also laid the foundation for the entire Canadian prosperity. His son, Justin Trudeau is today also the Prime Minister.