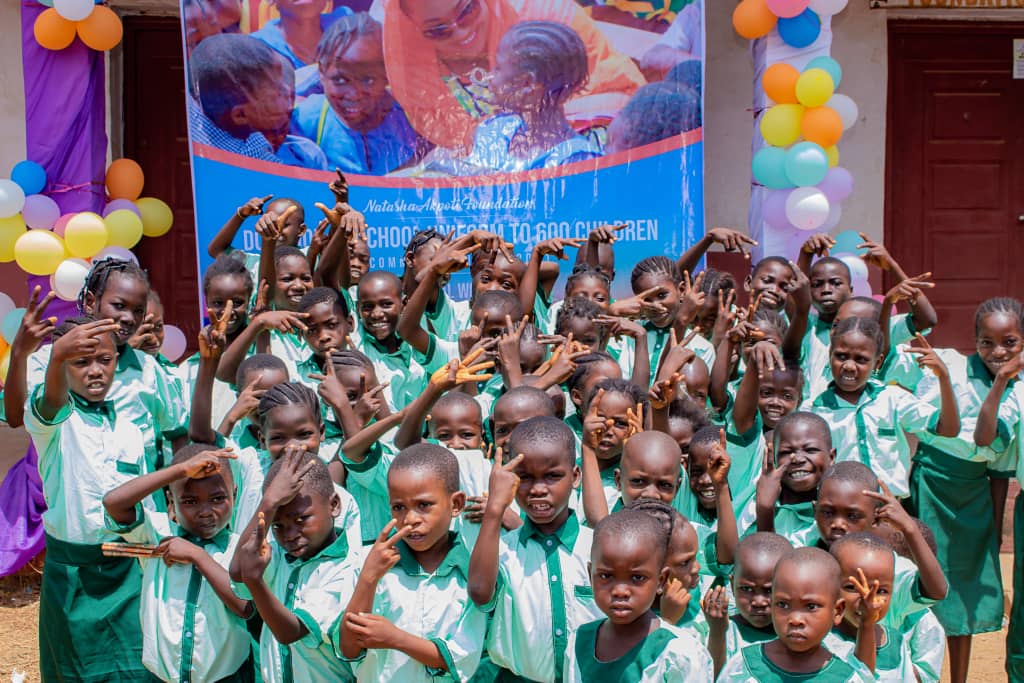 School pupils in their new uniforms

Akpoti, who was represented by her Personal Assistant, Hamza Lamisi, during the distribution ceremony, stated that the gesture was inspired by the sad situation of the pupils she had seen during some of her outreaches in the areas.

“Aside from caring for and being passionate about these children for the past five years, today’s gesture was inspired by what my boss had witnessed during some of our outreach programs where you see some of these kids in mufti and others with a tattered uniform.

“She made it a priority to change that narrative and today, in celebration of 2021 International Women’s Day, she donated school uniform to the children.

“They are happy and excited about their new look.

“Worthy to note, the project was achieved with a team of 12 tailors who were on the ground to measure and sew for the children right on the spot”, Hamza said.

One of the headmasters of the cluster schools, Mr Baiye Ohino, noted that the gesture was not just a relief to the parents but to the teachers as well.

“It is very discouraging for us the teachers when we see these children in mufti.

“Until the intervention of Barr. Natasha, only a few parents can afford the stipend they pay as tuition fees.

“Then how do we disturb them for school uniforms? Even when we tried to use force, some parents just withdrew their children.

“We had to go beg again so they can return them to classes.

“We are really thankful for everything she has been doing and we pray that we have more of her type in our society,” he said.