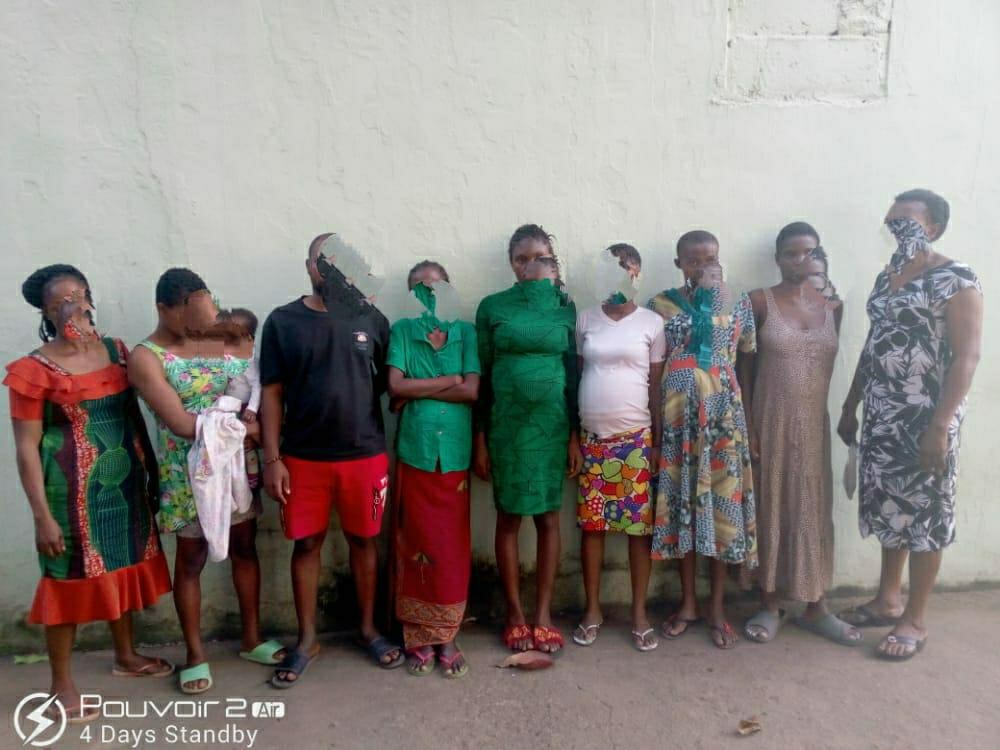 The Nasarawa State Police Command said it has discovered a suspected baby factory at New Karu in the Karu Local Government Area of the state and rescued six young girls, including a baby of about six months.

The command stated that the baby was rescued at St. Bridget Orphanage Home being illegally operated by one Eze Ezeogu Norbert of New Karu and three others.

In a statement signed by the command’s Police Public Relations Officer, DSP Ramhan Nansel and obtained by Daily Trust on Wednesday, it was narrated how the arrest was made possible based on a tip-off from law-abiding citizens of the state.
The police spokesperson further revealed that four suspected persons were arrested in connection to the crime.
The suspects apprehended on 17/11/2022 at 1400hrs according to the command, were Eze Ezeogu Norbert, Nnaemeka Eze, Okechukwu Ogechi and Obiagheli Chidi respectively.
“The police detectives attached to the Area Command in New Karu, Karu LGA of the state burst into a suspected baby factory located at Ado Kasa and rescued six young girls, including a baby of six months old at St. Bridget Orphanage Home being operated by one Eze Ezeogu Norbert of New Karu and three others,” Nansel noted.
The PPRO stated that preliminary investigation revealed that the operator of the ‘orphanage home’ abducted under-aged pregnant girls, held them hostage till they gave birth and sold their children to the highest bidder.
He further added that the investigation also revealed that the orphanage home was not registered, noting that the suspects and victims have been handed over to National Agency for the Prosecution of Trafficking in Persons (NAPTIP), for further investigation and prosecution.
Meanwhile, reacting to the incident, the Commissioner of Police, Mr Maiyaki Muhammed-Baba, warned all criminals and those who may be nursing ambitions that are inimical to the safety of the state to desist from such acts, affirming that police will not relent in mobilizing all resources at its disposal to confront and render their operations fruitless.
The police boss urged parents and guidance to take proper care of their children, appealing to members of the public to continue to avail the police with credible information that will assist in taming the aggression of criminals in the state.