Residents of the riverine communities of Tunga, Loko and Umaisha in three local government areas of Nasarawa State have continued to count their losses following… 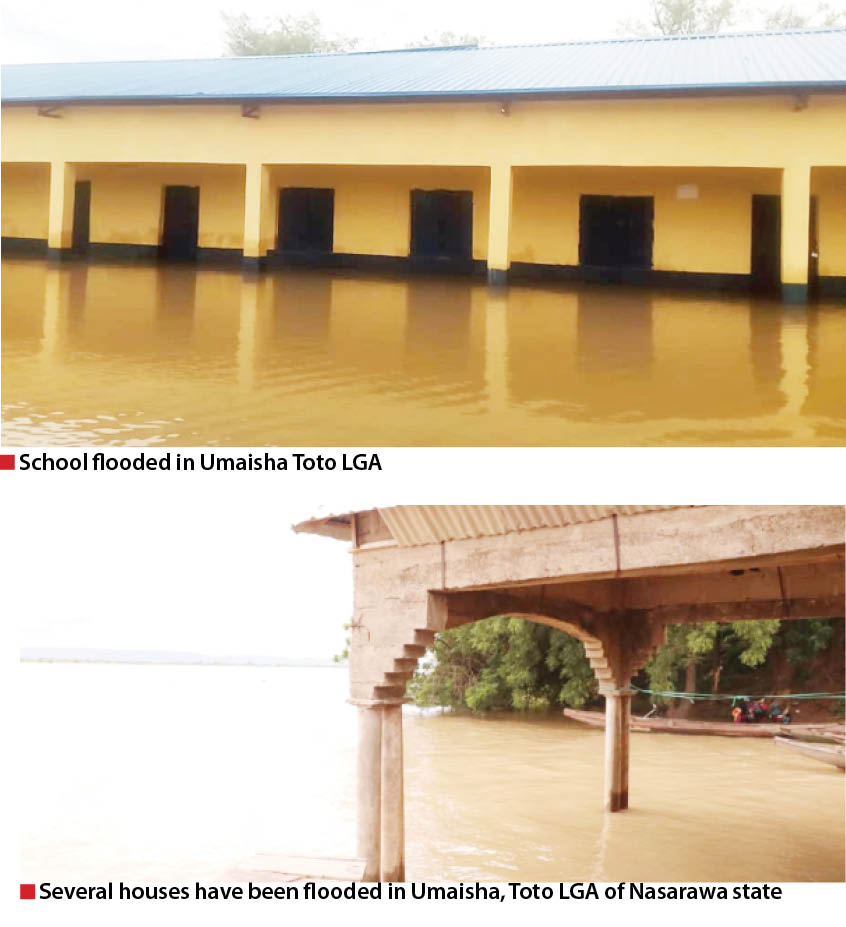 Residents of the riverine communities of Tunga, Loko and Umaisha in three local government areas of Nasarawa State have continued to count their losses following recent flooding that wreaked havoc in their communities and sacked thousands of people.

The rise in water levels around the River Benue and the tributaries of the Lagdo Dam, in Cameroon, had caused unprecedented flooding that claimed lives, ravaged many communities and washed away farmlands. Daily Trust Saturday reports that communities, schools, roads and bridges as well as farmlands have been washed away as a result of the flooding.

In the rural communities in Nasarawa West Senatorial Zone, the rich and poor are telling stories of pain, frustration and agony due to the devastating effect of the flooding. The communities are mostly located along the banks of Tunga River and its tributaries across Awe and Toto local government areas of the state. Findings by our correspondent reveal that the affected communities were mostly areas around Loko in Nasarawa LGA, Umaisha in Toto LGA and Tunga in Awe LGA.

During a visit to Tunga community, Daily Trust Saturday reports that several residents have been displaced while properties worth millions of naira, including farmlands have been washed away while houses and properties have submerged.

Mr. Ibrahim Mohammed-Abubakar, the youth leader of Tunga, said this year’s flood had brought untold hardship to inhabitants, adding that it destroyed all his farmlands. “The unfortunate incident is the will of Almighty Allah and I don’t have an option rather than to accept His will,” he said.

“This rice farmland you are seeing,” he said, pointing at an area overtaken by water, “is my land in which I planted about six bags of rice and I was expecting to get not less than 160 bags at harvest time. But unfortunately, this year’s flood has destroyed and frustrated all my efforts, the energy and time I put in my rice farm,” he said.

Daily Trust Saturday also gathered that hectares of farmlands of corn, millet, rice, among others were taken over by the flood, leaving people of the area hopeless. Many of the residents have fled to neighbouring communities to take refuge with some of them are taking shelter in worship centres and schools.

The Sarkin Tunga, Alhaji Bala Ibrahim-Galadima, said flooding in the area was perennial but noted that this year’s flood was more devastating. He alleged having written the state and federal government to revisit the policy of construction of structures for flood victims at the riverine areas. “They started the building here in Tunga but we don’t know why it was later stopped. There is a need for structures to be built here because the flood here is perennial, if it doesn’t come this year, it will come next year,” he said.

At old Awe town, where the flood also rendered many residents homeless, some of the victims said since the occurrence of the incident, life has been difficult for them and appealed to government at all levels to rescue them from their present condition.

Reacting to the incident recently, Chairman of Awe Local Government Council, Umar Abubakar, who described the situation as devastating, said the Local Government Authority was working out modalities to relocate people living at the river bank to safer areas.

In Loko Development Area, Ashuku Tanko-Nathaniel who spoke with our correspondent said his house and properties were affected by the flooding and called on the local government council, the state and the federal government to come to the aid of the displaced persons.

However, some respite came to the displaced persons in Umaisha/Ugya when the Speaker of the Nasarawa State House of Assembly, Ibrahim Balarabe Abdullahi, donated relief materials to flood victims in his constituency. The lawmaker, who represents Umaisha/Ugya sympathized with them and urged judicious and equitable distribution of the relief package.

In the same vein, the Nasarawa State Governor, Abdullahi Sule, led a delegation to Loko and Umaisha to sympathize with the victims and subsequently donated food items and other relief materials to cushion the effect of the flood.

Responding on behalf of the flood victims Mr. Ibrahim Abdullahi appreciated the state government and other spirited individuals for coming to their aid in their distress.