the Federal Government’s agenda of diversifying the country’s economy does not cover only food crops, 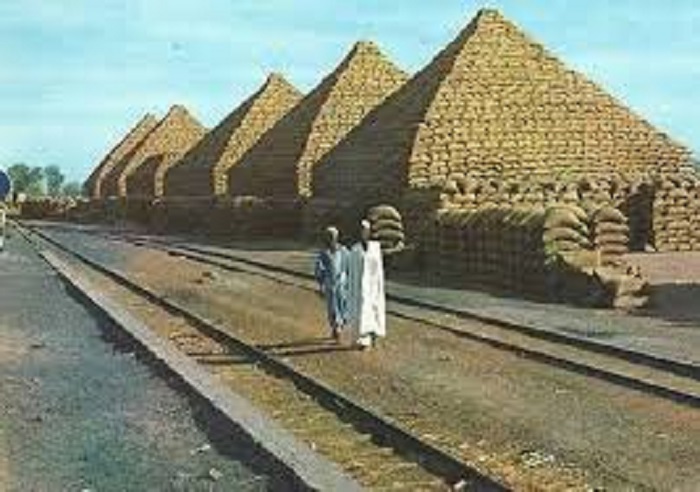 Fri, 6 Aug 2021 9:25:45 WAT
The Minister of Agriculture and Rural Development, Sabo Nanono, says that Nigeria is on the path of restoring its lost groundnut pyramids by reviving the cash crop production in the country.
He stated this on Thursday during a stakeholders meeting on development and production of groundnut for farmers in Northwest states held in Kano.
Represented by the state Coodinator of the ministry in Kano, Abagana Yamani, the Minister said the Federal Government’s agenda of diversifying the country’s economy does not cover only food crops, but also cash crops like groundnut.
“Groundnut value chain is one of the actors that led to the development of Nigeria as it is today. Groundnut and Cocoa have been major export crops of Nigeria before independence.
“Along the line, things happened and its production came to very low level, but, now the Federal Government wants to raise the value of growing it in the country.
“This is why today we invited farmers for a train-the-trainers session, which we hope they will also go back and teach other colleagues.
“We are giving them an improved seeds, herbicides, pesticides and Aflasafe, free of charge, to help raise the quantity and quality of the groundnut production.
“Aflasafe is a medicine that will help reduce the Aflatoxin contamination found in most of Nigerian groundnut.
“We are training 60 farmers from the six Northwestern states, including women. Each farmer will get a bag of Groundnut seed, a bag of Aflasafe and two bottles of pesticides and herbicides that will cultivate at least two hectares,” Nanono added.
He explained that the intervention is part of the present administration’s commitment in making Nigeria self-sufficient in both food and cash crops to the extent of exporting them abroad.
Also speaking, the representative of the Vice President, National Groundnut Producers, Processors and Marketers Association of Nigeria (NGROPPMAN), Malam Abdulrazak Usman, said Nigeria currently produces over three million tonnes of Groundnut annually, but said with government intervention, they have the capacity of raising it to about seven million.

Malam Usman lamented that before petroleum discovery, Nigeria used to be the largest groundnut producer in Africa and has been part of its major sources of income, until the sector later suffered neglect.
He described the intervention as a step ahead in the right direction and called on the Federal Government to consider giving them similar treatment with other sector farmers in its agricultural programmes such as the Anchor Borrowers.
On her part, the Desk Officer, groundnut value chain in the ministry, Hajiya Zainab Adamu Fika, said they are working hand in hand with farmers in all the 16 groundnut producing states in the country.
According to her, “Because there has been a drop-down in its production in the country, we are trying to see that discussion with key stakeholders in the sector will help restore all the lost groundnut pyramids and put them into shape again.
“And, because Groundnut of Nigeria has been rejected in Nigeria’s market due to its high rate of Aflatoxin, we are trying to reduce that by providing them with improved seed and Aflasafe to minimise the contamination.”
Daily Trust reports that during the meeting, 60 Groundnut farmers from the seven Northwest states were each empowered with a bag of treated seed, Aflasafe and two bottles of pesticides and herbicides.