Military sources also said some hardware, including a military truck, perished in the incident. 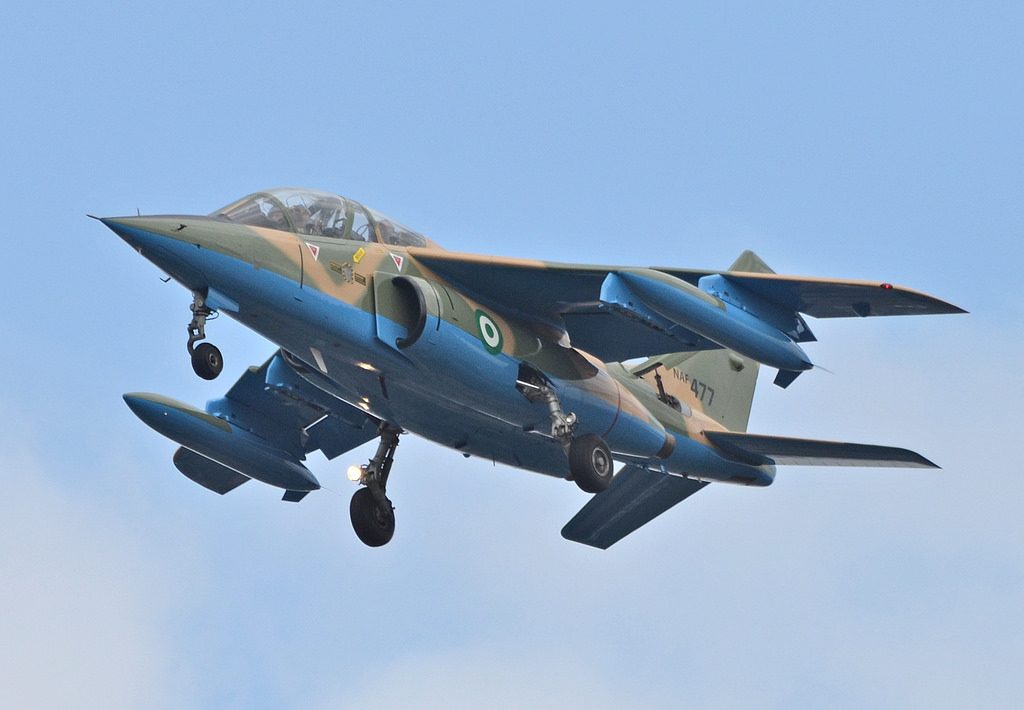 FILE PHOTO of a NAF jet

Many soldiers have been killed after a Fighter jet belonging to the Nigerian Air Force fired a bomb on ground troops in Mainok, Borno State, Daily Trust reports.

Sources told Daily Trust that 30 soldiers were killed in Mainok.

Some of the soldiers were accidentally killed by the Air force while others were killed by insurgents, a source said.

Military sources also confided in this newspaper that some military hardware, including a military truck, perished in the incident.

A video of the incident is already trending online.

When contacted on phone on Monday, the Nigerian Air Force spokesman, Edward Gabkwet, told our correspondent that he also saw the video of the incident but he could not independently verify its authenticity, saying a proper investigation had begun.

”First of all, we have to confirm the authenticity of that video.

“We can’t just see any video on social media and then start running helter-skelter about it. We have to confirm whether that video is authentic.

”If it is authentic, we have to now investigate why and how it happened.

“That is how it’s being done. I can’t after listening to it and say whether it is right or wrong without having all the facts and make sure that due processes are followed,” Gabkwet said.

Daily Trust reports that terrorists suspected to be members of ISWAP had attacked a military base in Mainok, where they reportedly overpowered the troops who called for reinforcement.

However, a senior army officer, who does not want his name in print, said the bombed truck was sent for reinforcement before it was targeted and shelled by the airstrike following a flawed intelligence.