Rafael Nadal continued his perfect start to 2022, beating Cameron Norrie 6-4, 6-4 to lift the Acapulco ATP title in his first tournament since winning… 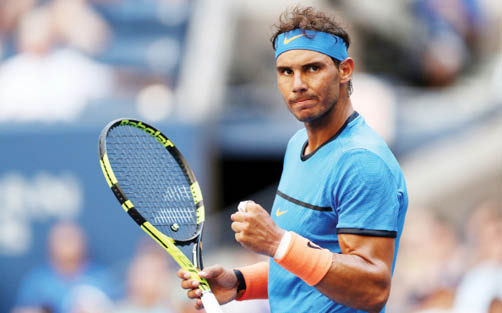 Rafael Nadal continued his perfect start to 2022, beating Cameron Norrie 6-4, 6-4 to lift the Acapulco ATP title in his first tournament since winning the Australian Open.

Nadal needed one hour and 54 minutes to beat Britain’s 12th-ranked Norrie for the fourth time in as many career meetings.

“Cameron is a very solid player, he’s a tricky player, he makes you feel that you cannot play comfortably against him at all,” Nadal said. “I had been going through some very difficult moments in the match.”

As he did in 2020, Nadal won this week without dropping a set.

Nadal is undefeated since losing to Lloyd Harris in the third round at Washington on August 5, 2021. He ended his 2021 season after that because of a left foot injury.

He returned to win the Melbourne Summer Set Australian Open warm-up, then won the Australian Open for a second time to break out of a tie with Roger Federer and Novak Djokovic for most men’s Grand Slam singles titles.

His victory over Daniil Medvedev in the Australian Open final was a classic, the Spaniard rallying from two sets down to triumph.

He beat the Russian again in the semi-finals on Friday, just a day after Medvedev was assured of rising to number one in the world thanks to Djokovic’s early exit at Dubai.

“I’m very pleased,” Nadal said of his week’s work. “It was a very important title for me, so I can’t be happier.”

He started strongly against Norrie, putting 89 per cent of his first serves in play in the first set and winning 79 per cent of those points.

Nadal pounced on his first break point in the fifth game of the first set, firing a forehand winner.

The Spaniard looked as if he could run away with the match when he broke Norrie in the opening game of the second set.

But Norrie – who was riding an eight-match winning streak that included a run to the title in Delray Beach last week – hit back to level at 1-1, though he needed four breakpoints to do it.

Down 0-40, Nadal saved three break points before Norrie came out on top in a 20-ball rally.

After Norrie held for 2-1, Nadal reeled off the next four games only for Norrie to strike back again as Nadal served for the match at 5-3, the 21-time Grand Slam champion surrendering a break with two forehand errors.

Nadal made no mistake on his second attempt to serve out, reaching match point with a volley winner before Norrie belted a forehand long. (AFP)