President Muhammadu Buhari cares enough about his citizens that he would negotiate with terrorists to get them freed from kidnappers? It is a thing of… 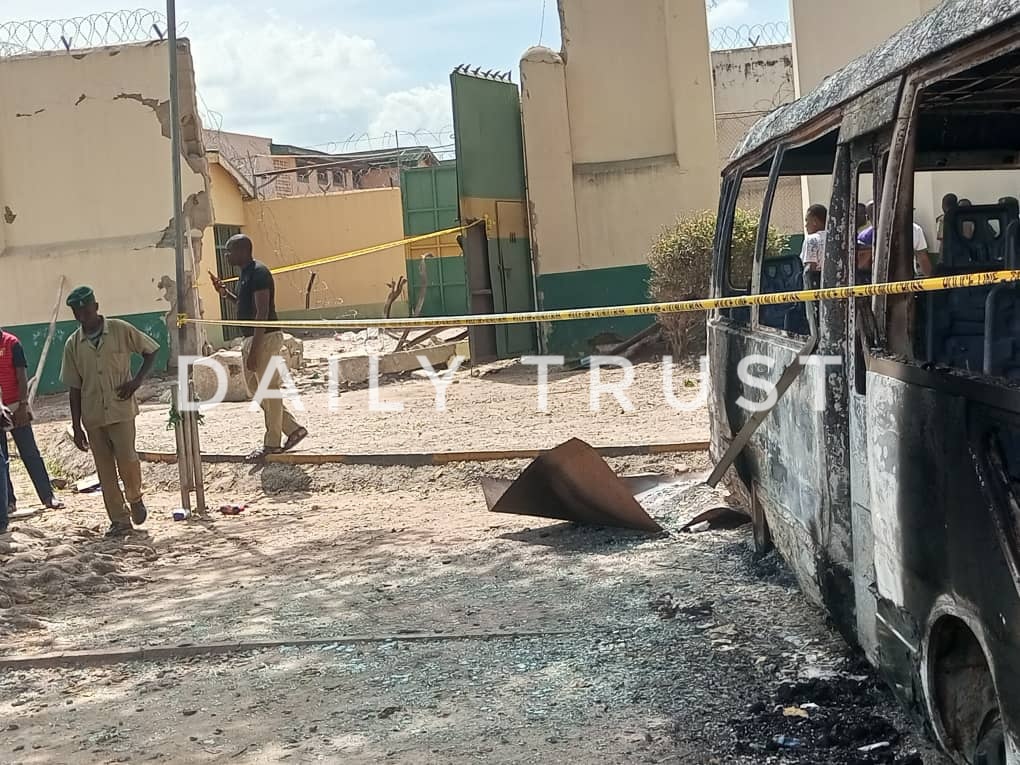 President Muhammadu Buhari cares enough about his citizens that he would negotiate with terrorists to get them freed from kidnappers? It is a thing of pride to know in case one suddenly falls into the wrong hands.

This is not something to be ashamed of if you take disastrous public relations lessons from Oga Lai or the indomitable duo of Garba Shehu and Femi Adesina. These misshapen PR gurus could remind you how in 1985, the almighty United States of America sold arms to Iran, its arch-enemy to secure the release of seven American hostages held by the Lebanese group, Hezbollah.

They’ll tell you that Nigeria is incomparable with the Israelis who in 1976, under Idi Amin rescued all but a few of the 106 hostages held by that Ugandan strongman.

They’ll remind you that strategic tact is knowing your limits and staying within your capabilities. Under Buhari, a decorated Nigerian major general, terrorists roam free and if we must stay alive, creating national drama to confuse the people is a fantastic strategy.

Here is why we must commend the president for successfully executing a prisoner swap last week with the dreaded Boko Haram/ISWAP group in Kuje with minimum casualty and restored sense of national pride.

Most of us love to hide under one finger. While the act itself is not a crime, the purpose is laughable, revealing a level of uncommon idiocy. But in these climes, who really cares?

If some global leaders find themselves in a quarter of the mess Nigeria is in, they would never honour any invitation to a foreign meeting until they have figured out what is really going on. Thanks to God, President Buhari is not a shamefaced leader; he would have been missed at the last regional meeting in Dakar and the other meetings before it.

It was initially shameful to believe that there was an unblocked assault on Kuje prison barely 50 kilometres from the fortified Aso Rock. Any other occupant of that fortress would have been imbued with strange foreboding and a sense of clear and present danger. Not our brave major general. He had an unprecedented presence of mind to visit the carnage, surrounded by his gallant service chiefs and indefatigable ministers for and of all defence agencies.

While the president was in unvarnished white, a symbol of peace, the others wore their different garbs without smiling, revealing how serious the situation might have been. The place is now a museum of national defence speculation by those paid to keep Nigeria safe.

Yagba elders beat me at moments like these. They’d have equated the visits to hitting the ground with sticks after the snake had escaped, something akin to bolting the stable door after the horse had bolted. But Yagba people are an invisible minority in Nigeria and neither their opinion, nor their proverbs count for much in the national discourse. So far, nobody has resigned in shame seeing that shame is an essential commodity in governance.

We must thank Mr President’s democratic tolerance of the media because of the way they have jumped on the disaster like bees on pollinating flowers. Imagine how the media have defined the assault on Kuje relying solely on speculations and eyewitness accounts. They have reported that the terrorists numbered close to 300! Now that’s a lot.

Then they described in details how they used explosives to bomb the gates. They recounted how the only casualty, an NSCDC officer, was killed for challenging them. Apparently, the poor chap did not get the memo. Reminds me of the poster on the table of a former PPPRO, late Haz Iwendi – if you keep your head while others are losing theirs, maybe you just don’t know what’s happening. May the soul of the departed find peace because Nigeria has moved on.

According to the media, the terrorists brought in snacks and shared cash because they could not rely on the correctional officers on duty to keep their part of the bargain to leave the treasury open. They were reported to have delivered sermons about the virtues of terror to global entente. Then like a troop of baboons backed their 70 liberated colleagues on their motorcycle convoy before vanishing beyond the view of Google Earth!

By the time all these were over, the battle-inoculated terrorists were a lot richer in rank and in cash. They did not suffer a single casualty, military having been reportedly withdrawn for debriefing an hour before the assault. Sentries know what happens to stubborn flies that follow the corpse to the grave; they scrammed.

The terrorists gained N82 million in raw cash that could have been secured in a Kuje bank safe. Correctional officers believe that their vaults were safer than bank strong rooms.  The terrorists scooped $36,000 probably from the Bureau-de-change operations at the Correctional Centre. It must have been seed money for the reformed terrorists to start lucrative business as independent citizens after they were rehabilitated and released. Scores of their members have repented, reintegrated and are helping their ministry with some reportedly actively in government.

If we did not know the final outcome of this assault, we would have been wailing like Comrade Shehu Sani about the N4 trillion Buhari has spent on security in seven years is a monumental waste. We know, without equivocation, that the president traded terrorists for hostages abducted from the Abuja-Kaduna train wreck. It could not have been done without a little drama.

After all, what the terrorists wanted was not to take over Aso Rock and hoist the ISWAP/Boko Haram flag or bomb the UN building again; no. They just wanted freedom for their beloved commandos — very simple.

So far, the Buhari regime has been petting terror groups rather than crushing them. For some, he has rehabilitated and given seed money. In one instance we were informed that an informer overpowered armed guards and shot himself dead just to avoid the shame of naming and shaming his collaborators in government.

It is sad that instead of organising thank you visits to Aso Rock to thank the president and his service chiefs for demonstrating uncommon tact in handling these issues, some unpatriotic elements are out there bemoaning their fate now that the ranks of bloodhounds have been increased by nearly 100 scorned commandos.

A country like ours deserves patriots with unquestioning faith in government narratives. Patriots not distracted or discouraged with scandalous prisoner-swaps, reports of kidnap siege or the terrorising onslaught of bandits.

Nigeria deserves citizens who, in the midst of these small issues are laser focused their eyes on the more important issues such as debates on Muslim-Muslim tickets for an election they might not live to see rather than worrying about why it might not happen.

President Buhari deserves citizens with unshaken trust in a government that is not swayed by slaughters in religious houses, kidnapping on the highways, ritual killings or senators inducing scandals with organ harvesting. A citizenry focused on making the list of the new millionaires to join Dangote, Otedola, and Alakija by the time he hands over whatever is left of the nation.