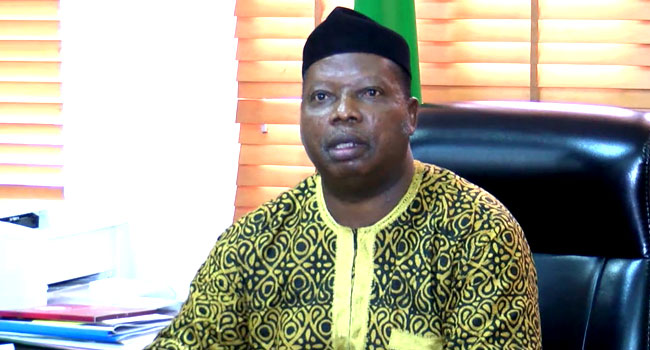 The Ogun State House of Assembly on Tuesday suspended a serving lawmaker and former Deputy Speaker of the assembly, Dare Kadiri, indefinitely.

Kadiri had written a petition which led to the ongoing trial of the speaker, Olakunle Oluomo, by the EFCC over alleged N2.5bn fraud.

Oluomo was arraigned before a Federal High Court in Lagos last Tuesday for allegedly diverting N2.5bn belonging to the assembly.

Others arraigned alongside the speaker were the Clerk of the House, Taiwo Adeyemo, and Oladayo Samuel, the Director of Finance.

The trio was, however, admitted to bail by the court.  Kadiri was impeached as the Deputy Speaker over alleged gross misconduct in March 2021.

At Tuesday’s sitting, Oluomo announced the suspension of the two lawmakers.

The speaker explained that the lawmakers violated Section 17 “of the legislative house power and privileges.”

Kadiri could not be reached for his reaction, but Osho said the suspension did not follow due process.

“I didn’t commit any offense; I don’t consider the suspension as anything tangible. No due process was followed; I was not given a fair hearing. The speaker just came and announced that two honourable members are being suspended until further notice without reading out the charges or the offences committed,” he said.