My wife didn’t know I was into armed robbery – Suspect

A 25-year-old armed robbery suspect, Seun Isaiah, who was arrested for allegedly participating in various high-profile crimes in Lagos and other states in the western region,… 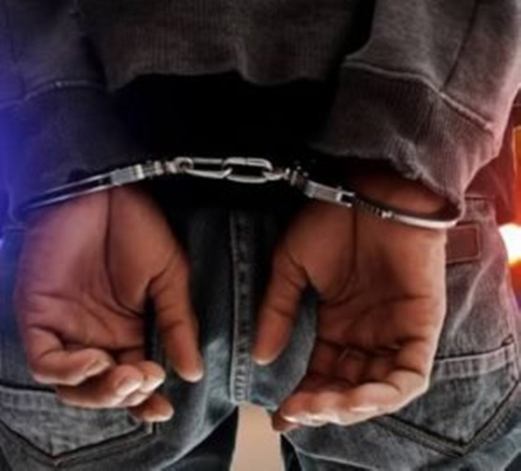 A 25-year-old armed robbery suspect, Seun Isaiah, who was arrested for allegedly participating in various high-profile crimes in Lagos and other states in the western region, has confessed that his wife was unaware of his activities.

The robbery suspect-cum-bricklayer told a team of police interrogators that all his family members knew that he worked in construction sites as a bricklayer.

“I and other members of my gang meet on construction sites. Most of us are artisans and we plan our operations while working as construction workers,” he said.

The robbery suspect claimed that he was trained as a bricklayer when he was 15-years-old and that he met other members of his gang five years ago.

“We work either as labourers or bricklayers during the day time. But at night, we go for robbery and we use any money we realise from operations for drinking, smoking, and womanising,” he said.

According to him, his wife sees him going to the construction site to work and bring money home for feeding the family.

“As a matter of principle, I don’t feed my family with the money I realise from robbery,” he added.

On why he does not take money from robbery home to feed his family, Isaiah explained that he does not want anything that will spoil his family especially his children, who he wishes will be responsible children when they grow up, noting that feeding them from his loot will spoil their lives.

“I don’t want anything that will spoil my family as such I don’t take any money realised from robbery home to feed my family.

“I was influenced by my friends. They also got involved in crime and I wish I can regain my freedom and when I do, I will never go back to the crime world” he stated.

On how he was arrested, the suspect claimed that he  left his number 27 Abogunloko Asejere street, in Ikotun, Lagos, a week ago to join his gang members, Akeem, a.k.a AK,  and Adisa Aderibigbe in Ayobo with their guns and operational motorcycle around 5 am.

According to the residents, they had succeeded in robbing many residents in Ayobo, then moved to Ipaja and continued their operations before police operatives from Ipaja Division led by the Divisional Police Officer  (DPO),  Tokumbo Aboniwonda, swooped down on them based on information received about the movement of the gang.

A gang member who escaped and is now at large is being hunted down by the police.

According to the residents, before they could rob some houses, two of the suspects namely Isaiah and Adisa, were apprehended by the police, who disarmed them, recovered their gun, and two motorcycles including the one they had robbed from the owner.

They were subsequently transferred to the police command for further investigation.

The Police Public Relations Officer, SP Olumuyiwa Adejobi, confirmed the incident, saying the two suspects were in police custody undergoing interrogation while efforts are being intensified to arrest the other suspect now at large.