Popular actor and filmmaker, Kunle Afolayan has revealed that his father, Adeyemi Afolayan, fondly called Ade Love, died without being rewarded for his work. During… 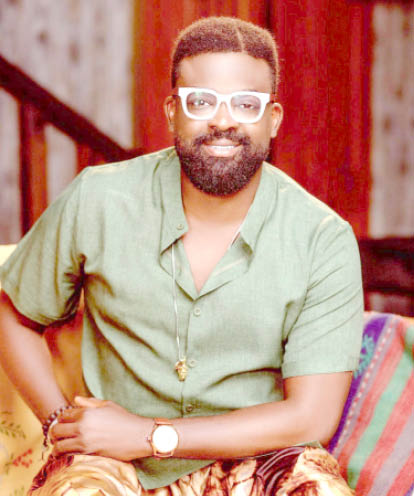 Popular actor and filmmaker, Kunle Afolayan has revealed that his father, Adeyemi Afolayan, fondly called Ade Love, died without being rewarded for his work.

During an interview in a popular discussion programme called “WithChude”, hosted by media personality Chude Jideonwo, the actor said his father who was a filmmaker and actor in the 60s died at a “pretty young” age, without reaping the fruits of his labour.

He also said that Ade Love lived a good life, adding that his death was due to the end of his time in life.

The film star said; “He didn’t even get close to getting his reward. He died at the age of 56, that’s pretty young. But I think he had to die, maybe for some of us to be able to do what we are doing today.

“For me when people die, it’s because their time is up and people would take it up. So one of the reasons why there’s still continuity, why his name is still heard everywhere is because we are doing what we are doing.

”I think he lived a good life and we too, we’ll go one day. If any of our kids decide to pick the profession up and if not, that’s on them.”

Adeyemi Josiah Afolayan was an actor, filmmaker, dramatist, and producer. He is also the brother of popular actress Toyin Afolayan.

Fondly referred to as Ade Love; he began his career in 1966 when he joined Moses Olaiya’s drama cast, he later left the group in 1971 to inaugurate his drama group which went on to orchestrate comedic plays.

He also appeared in “Ajani Ogun” and Ija Ominira” in 1976, films which were produced by him and directed by Ola Balogun.

In 2021, Kunle made a homage to his father, he commended his father’s judgment to marry many wives, saying it gave the privilege for him to be called his son.

He wrote; “I miss you, Baba mi (my father), but thank you for marrying many wives because I would not have been privileged to be called your son. I know (he) was finer so… don’t rub it in. ADEYEMI JOSIAH AKANO AFOLAYAN (1940-1996).”