Muslim women in Uganda complain about being forced to remove veils

Muslim women in Uganda complained in parliament Wednesday, saying they are being forced to remove their veils before getting services. The women said that apart… 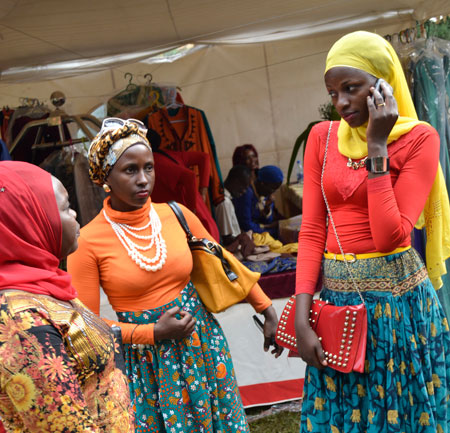 Muslim women in Uganda complained in parliament Wednesday, saying they are being forced to remove their veils before getting services.

The women said that apart from being forced to remove veils before being photographed at passport offices, some schools force female students to remove their veils.

Female MP for the Butambala district, Aisha Kabanda, said the Constitution allows the population to practice their religions and forcing Muslim women to unveil while taking a passport photograph exposes parts of the body that are not supposed to be seen.

“The act of coercing Muslim women to unveil … deprives Muslim women of the right of practicing their religion. This is discrimination of Muslim women,” she said and demanded that the practice be stopped.

Speaker Anita Among said she had received a petition from Muslim women and Catholic nuns complaining about the issue and she has requested that Prime Minister Robinah Nabanjja act on the complaint.

Nabanja said she has asked parliament to give her time to produce a report on how the problem can be solved. (aa.com)