A coalition of Muslim Women in Remo, Ogun State has called on the Federal Government to urgently legalise the use of hijab across the country.… 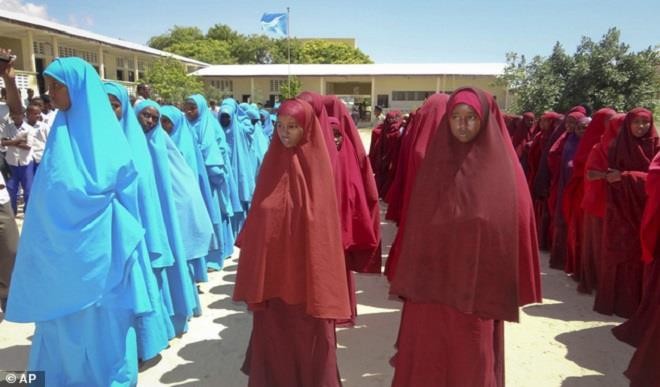 File photo of girls in Hijab

A coalition of Muslim Women in Remo, Ogun State has called on the Federal Government to urgently legalise the use of hijab across the country.

The group said it would not be deterred from its advocacy at legalising hijab in public places, offices and ensure that those wearing it are not harassed or victimised.

“We want government at all levels to look into the fundamental human rights of hijab,” Oderinde said in a statement.

The statement quoted Hajia Aminat Salaudeen, a member of the group, as calling on the Federal Government and relevant stakeholders to ensure the protection of human rights of hijabis.

“We have had issues where Muslim sisters were asked to remove their hijabs during data capturing in banks, sim and voters card registration exercises and immigration office. But when affected sisters refused, it created controversy,” she said.

She therefore called on all public school administrators across the country to respect and protect the right of hijab sisters in public schools.