The Muslim community in Okpella, Edo State have mourned the death of a banker and philanthropist, Alhaji Dauda Ashadu.  Alhaji Ashadu, who died on Monday… 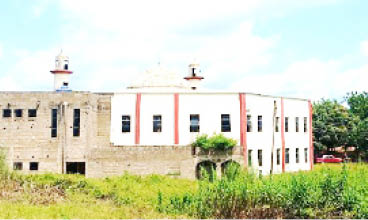 The Muslim community in Okpella, Edo State have mourned the death of a banker and philanthropist, Alhaji Dauda Ashadu.

Alhaji Ashadu, who died on Monday in Abuja at the age of 85, had been buried in his home town, Okpella, Edo State according to Islamic rites.

Born in 1937, Alhaji Ashadu had his primary and secondary education in Okpella, Edo State.

He started his banking career in 1959 as a clerk in Kano state and rose through the ranks to a manager before he retired in 1991.

Alhaji Ashadu, a devout Muslim, relocated to the United Kingdom in 1994.

After joining the Tablighi Jamaat, an Islamic missionary movement, he travelled to India and Pakistan to learn how the society spreads the Islamic faith.

He also travelled to many countries including the United States to call people to Islam.

He was known to have single-handedly built the Okpella Central Mosque in Edo State.

The late Ashadu is survived by his wife and seven children.

Members of the Muslim community in Okpella gathered at his residence to read the entire Qur’an in his honour and pray for the repose of his soul.

Mallam Babandi Abubakar Gumel, a former broadcaster of the BBC Hausa Service, was one of the closest friends of the late Dauda Ashadu.