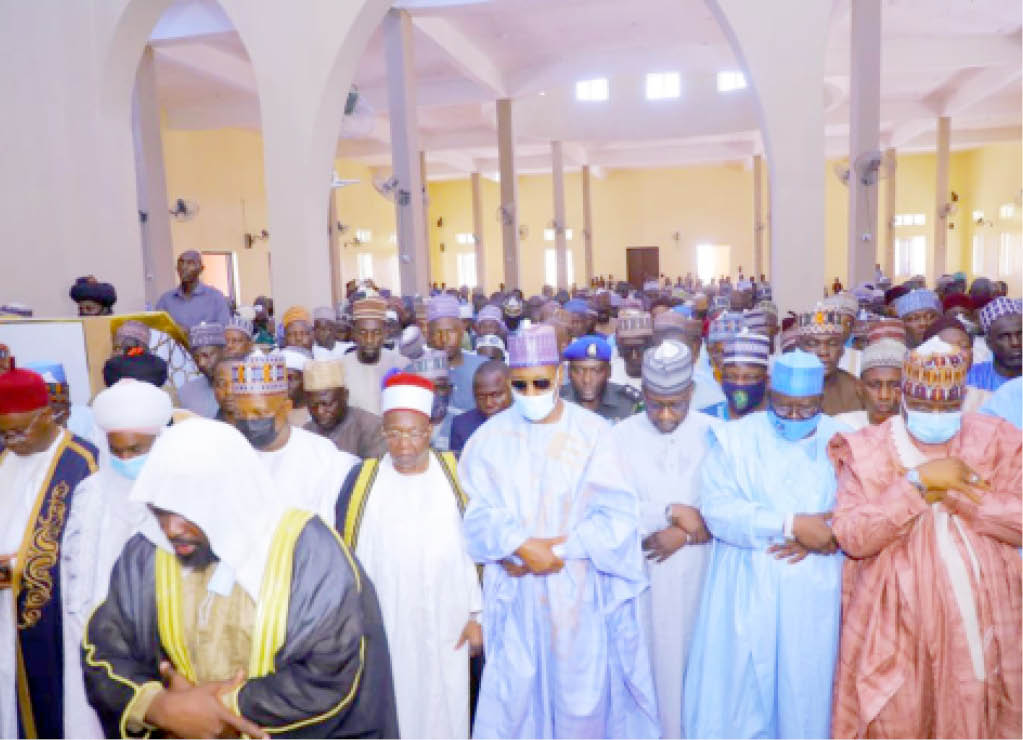 Governor Babagana Umara Zulum of Borno State (4th right), his deputy, Umar Usman Kadafur (3rd right) with dignitaries at the funeral of Hajiya Aishatu, mother of Borno’s deputy governor, which held yesterday at the Central Mosque in Biu town. The funeral was performed by the Chief Imam of Biu, Sheikh Nurudeen Umar

The funeral prayer was led by the Chief Iman of Biu, Sheikh Nurudeen Umar, before the deceased was buried at a family compound in Biu.

Hajiya Aishatu died on Tuesday in Abuja after an illness.

State Chairman of the APC, Ali Bukar Dalori, members of House of Representatives including the House Committee Chairman on Appropriation, Betara Aliyu who hails from Biu, Representatives Kadiri Rahis and Usman Zannah, former deputy governors, commissioners and advisers, party leaders and members, as well as hundreds of other sympathisers attended the funeral.