I had written about our many atrocities there in the past. But since no action was taken by Nigerian authorities, and many of our youths seem… 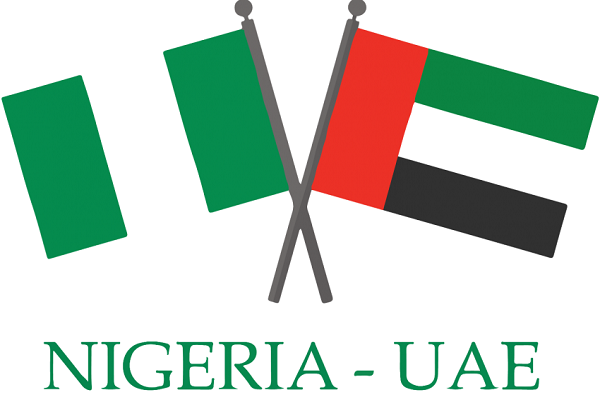 I had written about our many atrocities there in the past. But since no action was taken by Nigerian authorities, and many of our youths seem unable to understand the implication of their actions, they soon started to machete each other in broad daylight on the streets of the Emirates. Nigerian youths took their cultism from here to a foreign land together with their recklessness. Now they have been given feedback that they are worthless and unworthy of interacting with civilized people in a modern, forward-looking society.

Apart from writing heartfelt articles on this matter as Nigeria drifted into the gutter, I took further action. After engaging with the Director General of the Nigerians in Diaspora Commission (NIDCOM), Mrs Abike Dabiri-Erewa on this painful subject and watching Nigeria’s image continually plunge, I wrote a proposal to her (on her instruction), about what I think we could do to salvage the situation. I offered to use the platform of an NGO which I founded – The Institute for Service Excellence and Good Governance – to put a private sector face to the initiative and the bottom line was to see how we could rein in some of the madness. My suggestions could be seen to be a bit militaristic as I suggested that the Nigerian Immigrations Service (NIS) be empowered to stop people traveling if they weren’t well-presented or of suspicious demeanor. This is subjective I admit. But I have seen too many Nigerians heading to other people’s countries (especially this UAE), dressed so shabbily and looking very casual and dirty. You could be a trader or musician, but if you were visiting your friend over the weekend, you don’t have to look like a tout. I mean wearing flip-flops, shorts and torn singlets. I just think it is a deliberate attempt to damage the country’s image. This is the same ‘abroad’ that was a ceremony to go to decades ago. When did our sense of respect get shattered between our parents’ time and our time?  When did we start to take things for granted? Even nightclubs have dress codes. Is another man’s carefully-put-together and beautiful country not of a higher status compared with a night club? I know the human rights people and lawyers will have issues with my suggestion. That is what they do and that is why many times, nothing changes in our society. That is why we have only sunk and sunk. We can see the results now.

I also suggested that NIDCOM prints a flyer, designed like an international passport which they give to every Nigerian traveler, telling them that they are Ambassadors of Nigeria.  This serves as a constant reminder that you should mind your behavior, actions and inactions as they head out to another man’s country. I also suggested that the NIDCOM should empower Nigerians to stand up to other Nigerians abroad who may be dragging the country’s image in the mud. I don’t believe we can be behaving as we like and saying it is nobody’s business. Like Plato said, nothing breeds tyranny, eventually, like unfettered freedom. It all blows back in our faces. I believed then, that Nigeria needs to show the world that we understand the problem, are worried about it and are doing something about it.  I believe that it is the duty of the Nigerian government to UNDERSTAND the people it governs and do the needful to keep those people on the straight and narrow. The proposal of mine petered out.  And I, being just another lowly citizen, also stopped chasing it around after a while and faced my daily bread. I believe though, that such a proposal is still important and I am representing presently.  For it is better we begin to actively repair our images and prevent embarrassment abroad rather than wait until our people are being deported en masse like has been happening.

I was in Dubai on the August 26 when a young friend alerted me that he had been held in detention alongside 50 others and would be deported except he showed that he knew someone in Dubai. I went to the airport thrice and waded through language barriers up until 7.30pm at night when I gave up. It was at that time that one of the immigrations officers (those guys who wear white jalabiyas), explained in better English to me that my guy came in on a family visa and is therefore required to travel with that family. End of story. They sent him back the next day. When I later saw my guy in Nigeria, he explained to me that the first immigrations officer he met simply told him ‘you Nigerians, you see nothing wrong in killing. You kill! You steal!’  He also told me some other guys were detained for two days before being shipped back.  It was a case of a country having hit the floor. Nigeria. Will we ever rise? And how?

For several days before the eventual stoppage of Emirates flights into Nigeria, hundreds of Nigerians who are younger than 40 years – and some who are older – have been bounced at the airport and have quietly returned home, their hopes and dreams shattered. Some only looked forward to a nice holiday, a change of scenery from their usually drudgery. And most went on very expensive tickets (as much as N900,000 for economy).  Now we hear that Emirates Airlines – in my view the best in the world – may come back into Nigeria with reduced frequencies starting from the September 1, 2022, snubbing Abuja (a good sub for Nigeria’s politicians).

A few friends tried to argue with me when I said this incident is a failure of our government. They preferred that I simply heap it all on Nigerians who went and messed up in the UAE. That would be too one-sided. You see, you cannot depend on ‘everybody’ to do the right thing. Somebody somewhere will drop the ball. We may not expect every Nigerian travelling abroad to do the right thing. Our armed robbers went to UAE, felt that things were slack there and decided to do some hit jobs. Unfortunately for them, beneath the calmness is some serious intelligence and agility. All of them were caught within 24 hours and sentenced to death. No escape. Nigerians  who say only a small fraction of us have gone there to do evil are correct. Only that it looks as if a higher proportion of us compared to other countries have the tendency for stupidity. Or perhaps we are being punished for our skin colour. I believe though the black man is held to double the standard in everything. It is something I have personally embraced. It is a call to be more hardworking. We should not, as black people, expect the easy life anywhere we go. There is gain in diligence and hard work.

1.      Understand their people and do the needful to curb and prevent their excesses abroad.

3.      Educate their people on what is proper behaviour abroad. Teach them decorum and etiquette

5.      Take care of their people and provide jobs so that they don’t keep moving all around the world saying they are ‘hustling’, thus falling into crime or populating the informal economy selling stuff in traffic and dark street corners.

6.      Develop local policies that reduce and prevent illegal migration whereby we push our dregs into the furthest limits of the world to work as prostitutes or drug dealers or worse. (I have been repeating the need for Nigerians to MIGRATE RIGHT).