Moment of truth for Senegal and Morocco in Qatar

Following the conclusion of Group matches, the Round of 16 at the ongoing FIFA World Cup in Qatar has commenced and two worthy representatives of… 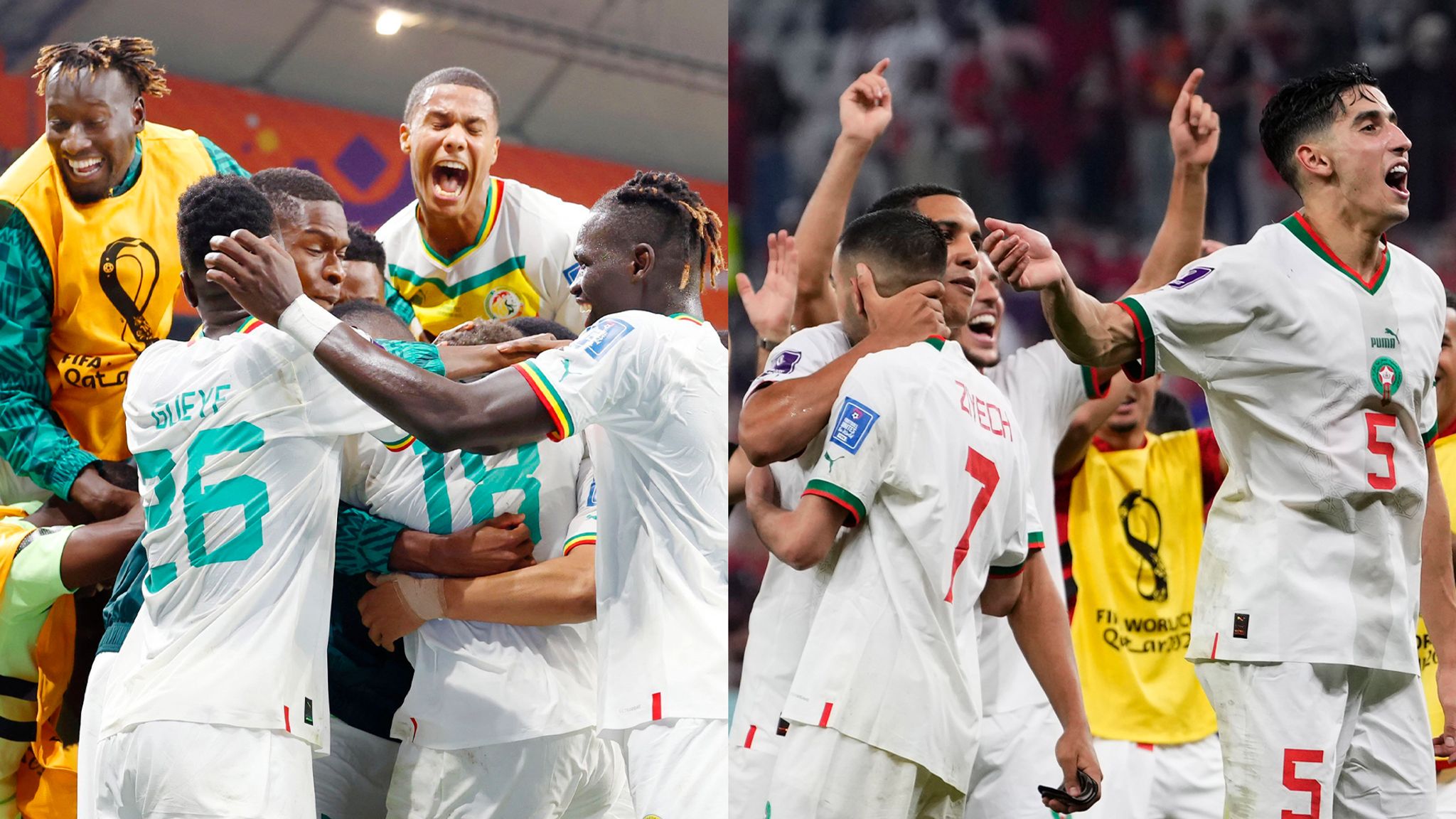 Senegal and Morocco in Qatar

Following the conclusion of Group matches, the Round of 16 at the ongoing FIFA World Cup in Qatar has commenced and two worthy representatives of Africa, the Terranga Lions of Senegal and the Atlas Lions of Morocco are also in the hunt for quarter-final berths.

The first to go into the battlefield will be the reigning African champions, the Terranga Lions of Senegal who will take on 1966 champions England today in the round of 16 this afternoon at the Al Bayt stadium Al Khor. Africa’s other representative, the Atlas Lions, will have their day on Tuesday, Dec 6 against 2010 champions, Spain at the Education Stadium, Al Rayyan.

Africans will be following these must-win matches with keen interest because the continent is yet to break the semi-finals jinx. Since the inception of the FIFA World Cup, only three African nations, Cameroon, Senegal and Ghana have reached the quarter-finals. It has always been a tale of woes for the continent.

It may surprise some of us to know that even as the self acclaimed giants of Africa, Nigeria’s best outing in the World Cup has remained the Round of 16. The Super Eagles are yet to achieve what the Indomitable Lions, Terranga Lions and the Black Stars have achieved at the mundial.

Nigeria on her debut in 1994 reached the round of 16 in the USA where they were eliminated by Italy 2-1 in extra time. The Super Eagles reached the last 16 again in France in 1998 before they were bundled out of the tournament by Denmark after a 4-1 thrashing. After three editions of the World Cup, the Super Eagles reached the Round of 16 again in 2014 in Brazil but were sent packing by France who edged them 2-0. So, Nigeria is yet to reach the quarter-finals of the World Cup.

Therefore, as Africa is yet to have a bite of the FIFA World Cup semi-finals, the continent is presently rooting for Senegal and Morocco who have high chances of breaking the jinx. It is with such high optimism that many have tipped the Terranga Lions to cause a major upset today when they take on the Three Lions of England.

It is not going to be a stroll in the park for Senegal but so far the Koulibaly inspired Lions have shown clearly that they can hold their own even without their talismanic captain Sadio Mane. Senegal can also draw inspiration from their amazing run in 2002 when they defeated defending champions France on their way to the Quarter-finals. It will be recalled that as debutants, Senegal shocked France 1-0 in the opening match, drew 1-1 with Denmark and 3-3 with Uruguay to finish as group leaders.

In the Round of 16, Senegal edged out Sweden 2-1 but were brought down to earth by Turkey who defeated them 1-0 in the quarter-finals. Even as they failed to break the semi-final jinx, Senegal Used Japan/Korea 2002 to announce their arrival on the world stage of football.

After so many years of lacklustre performances, the Lions of Terranga appear to have regained the magic wand that propelled them in 2002. Going by their performance in Qatar where they finished second behind the Netherlands in Group A, Senegal are looking good for an upset against England. Their opponents started their campaign in Qatar like a house on fire but were pegged back by the USA who forced them to a 0-0 draw in their second group match. They, however, bounced back with a convincing 3-0 win over neighbours Wales in the final group match to set up today’s clash with Senegal.

Even as they can fancy their chances against England, what is a bit worrisome is that the Senegalese are goal shy. They managed to score only five goals but conceded four in their three group matches. Meanwhile, England with some of the best strikers in Qatar scored nine goals and conceded only two in three matches. This means, Senegal must sharpen their blunt attack and block their leaking defence to stand any chance against the Three Lions.

And after today, Africa’s attention will turn to Morocco who are undoubtedly among the surprise packages at Qatar 2022. They will be up against Spain, one of the best ball playing nations in the world. But in Qatar, the odds favour the Lions of Morocco who fought last edition’s runners-up Croatia to a 0-0 draw in their opening match before doing the unthinkable by humbling world number two, Belgium 2-0 for one of the biggest upsets at the tournament. After overpowering Canada 2-1 in their last group match, the Moroccans ended as group winners with seven points.

Meanwhile, Spain after the 7-0 rout of Costa Rica struggled all through and were saved on the last day of Group F matches when 2014 champions Germany ruined Costa Rica’s chances for them to progress. Both Germany and Spain finished the group on four points but Spain progressed on a superior goal difference of +6.

Although the Tika-Taka proponents literally struggled to reach the Round of 16, the Atlas Lions must be wary of them. Spain are still one of the best teams in the tournament. If the Africans are to tame the Spaniards, they must maintain the fighting spirit that gave them that resounding victory over Belgium. They dazed the Belgians because they refused to be intimidated by their profile. So, Morocco must give Spain the same treatment on Tuesday.

Indeed, the time has come for Africa to have a taste of semi-final football at the FIFA World Cup. So, even as the other three African representatives Cameroon, Tunisia and Ghana have fallen by the wayside, the continent is still banking on Senegal and Morocco for a break-through in Qatar. The weight of expectations on their shoulders is quite enormous but with determination and self belief, they should be able to give Africa a reason to smile at the end of proceedings. Come on Terranga Lions of Senegal, come on Atlas Lions of Morocco. I have this strong feeling that you can do it.