Moderate your ambitions, hope for good

It’s natural and permitted by religion for us to aspire for the good things of life. Allah states in Qur’an 28:77 that while man is… 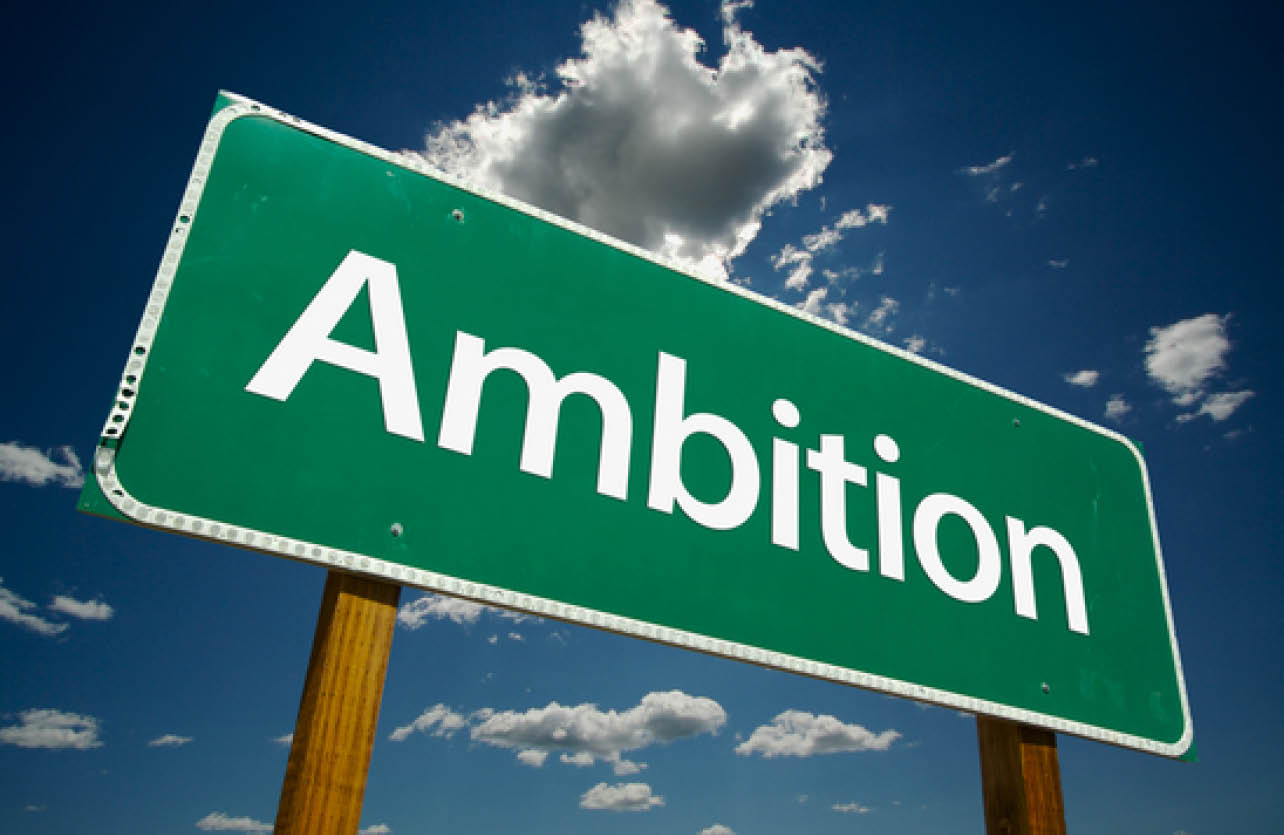 It’s natural and permitted by religion for us to aspire for the good things of life. Allah states in Qur’an 28:77 that while man is encouraged to use that which he’s endowed with to seek the hereafter, he should also not lose sight of going after his share of the comfort of the life on this planet. That is why different people have different ambitions. While some desire to be wealthy or property owners, others go after political offices; wanting to become presidents, governors, lawmakers, emirs or chiefs. There are others, too, whose priority is to become highly knowledgeable, clerics, or big-time footballers. The legitimate pursuit of these goals is allowed in Islam.

No matter how trials or hardships make us feel, one does not pray or hope for adversities or disasters. For example, no one craves for poverty, illness, ignorance, or joblessness. But where these situations or similar conditions become the verdict of fate, we as Muslims take such in good faith. That also explains why we are happy to work where and in the capacity fate choses for us. For instance, a university graduate of accounting or business administration or economics would wish and pray to work in the banking industry. Although he would never have prayed for a job that is inconsistent with his training, he may be ready (as a Muslim who believes in destiny) to do the work of an office messenger if that is Allah’s resolve.

Nonetheless, there’s need for us to interrogate the comical wish recently expressed by Senator Orji Uzor Kalu. He said he’s prepared to take the job of a cook at the presidential villa if the current Senate President and presidential aspirant in the All Progressives Congress (APC), Senator Ahmed Lawan, gets the party’s ticket and eventually wins in the general elections. However, Nigerians may not have heard everything from the former governor of Abia State (1999-2007) when he declared and prayed to become a cook. He could be speaking with tongue in cheek. But, what kind of ambition could this be? It must be an aspiration coated with some self-serving motives, unquenchable greed, and shameless pursuit of relevance. As typical of Nigerian politicians, Senator Kalu may not actually be asking to be a cook. It could be his own way of lobbying or an attempt to redefine or create other synonyms for the word ‘cook’, which may include Chief of Staff to the President.

Given how many people, today, have become captives in the kingdom of the devil, Satan, with the latter ruling over their conscience; there could be more Orji Uzor Kalus in the country than conceived. The quiet ones could even be cruder in their thinking than the ‘distinguished’ Kalu that is seeking to be a cook. Why, also, is it that many of those who have tasted power and authority in Nigeria get addicted to wanting to remain with it, by hook or crook; most times for the wrong reasons? Is it that power, which should bring persons being tried with it closer to their creator, takes them farther way from righteousness? Surprisingly, too, even those who have never tasted power now seem to be treading the path of ingratitude and discontentment.

The senseless manner in which many people, nowadays, rever this slippery and deceptive world makes one wonder if they ever remember that death awaits every living soul. Man and woman, the young and the old, the very rich and the very poor, all seem to be thoughtlessly chasing the luxuries of this life, especially power and wealth, in a manner that only crazy people do. They do it with every sense of impunity; by all means and at all cost. Fair in the eyes of nearly everyone today is the love of things they covet including money, power, and hoards of heaped-up property including jewelries, dresses, houses, cars and all the evasive materials that provide momentary comfort and pleasure. Anyone who chooses to misappropriate as much as N80 billion or even more from public funds meant to meet and sustain the needs of millions of Nigerians should be subjected to some psychiatric tests.

The inability of an individual to remain modest in aspirations is commonly attributed to his failure, once in a while, to reflect on the day a special visitor he has never met or seen would appear unscheduled to take him out from this phenomenal world to the world of certainty. The strangest manner in which most of us remain so thoughtless about this great but heartrending moment is mind-boggling. Allah (SWT) alerts us in Qur’an 21:1 “closer and closer comes to mankind their reckoning: Yet they heed not and they turn away”. Unless we are able to overcome and conquer the devil, subdue our outrageous yearnings, preserve our faith and hope in good from Allah; we are not likely to have a place in our heart for thinking about the inevitable event of death.

Some of us daily build goals upon goals as if death is not real. Allah in Qur’an 2:259 confirmed to a past generation who doubted resurrection when He caused Uzair (or Ezra in the biblical tradition) to die. When Uzair was raised up, he thought he had been dead for only a day or less; seeing that his food and drink which he left behind remained intact, and as fresh as it was when he left. But when he looked at his donkey which was not only dead but had nothing left of it except bones, Allah caused the bones to once again come together, clothed it with flesh and blood, and restored it to life.

Let us remember that death is sure and accountability is certain. Let us strive to moderate our ambitions. Let us do everything to cage the sneaking whisperer (from among the jinn and men too) by overwhelmingly suppressing the reckless and excessive desires of our hearts. Let the fear of Allah be the ‘iron cage’ in to which the devil will be confined and contentment as the ‘padlock’ to the cage. May Allah (SWT) protect us from becoming slaves to our sixth sense and to the fraudulent intrigues of the devil, amin.