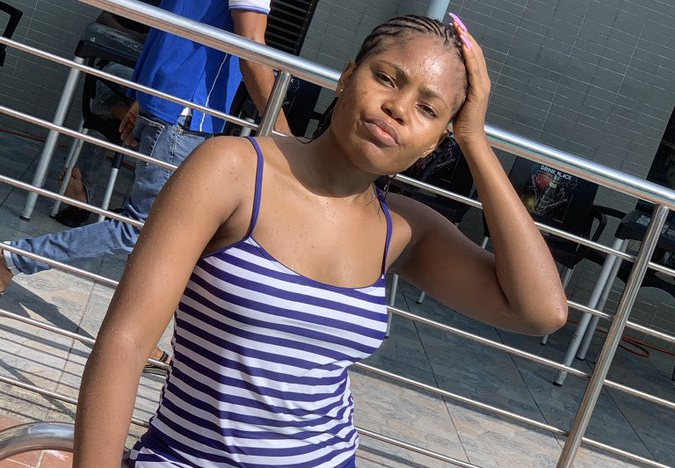 Youths from Nnung Ikono Obio in Uruan Local Government Area of Akwa Ibom State have vandalised the family house of Uduak Akpan, the suspect linked with the murder of a job seeker, Miss Iniubong Umoren.

It was gathered that the youths, on Tuesday, used heavy pebbles to vandalise the building after setting  the security house of the one storey building on fire.

The youths carted away all the properties in the building and took the father of the suspected killer to the police.

They explained that their action was predicated on the alleged complicity of Uduak Akpan in the murder of the 26-year-old Umoren, a graduate of philosophy from the University of Uyo.

“They broke the louvers and the glass doors with the help of heavy pebbles and sticks and carted away everything in the building,” a witness said.

Miss Umoren, who was said to have been lured on the pretext of a job offer, was abducted and sexually harassed before she was murdered.

The President of the Youths in the area, Etubom Sunday Essien, who spoke with our correspondent expressed disappointment over the ‘action’ of one of their own.

He said “the action of man slaughter committed by the suspect, Uduak Akpan, is an offence which is not condoned in the community.

He said, “there is nothing happening apart from the one you have already heard. It’s not good for the boy to kill his fellow human being.

“We don’t know that is what he has been doing, that is, man slaughter. That is what we have heard that he is doing. That is the reason we took this action,” he said.

Essien however exonerated the Chairman of the LGA, Mr. Iniobong Ekpenyong, saying he played the role of a Chief Security officer of the council by calling on the police to arrest the culprit.

“The allegation against the chairman is not true. He is not involved. He was the one that called in the police to arrest the boy. He is a good man, never a time, never a day we hear any bad thing concerning him” he stated.

Meanwhile, the Chairman of Uruan LGA, Mr Iniobong Ekpenyong, has expressed displeasure over the claims of the Police that, “The suspect confessed to have told his Local Government Chairman of his atrocity before escaping to Calabar and was never at any time handed over to the Police by anyone”.

He said the statement portrayed him as having concealed security information and is capable of smearing his name.

He stated that as the Chief Security Officer of Uruan local government area swung into action when he learnt of the actions of Uduak Akpan so as to facilitate his arrest.

He noted that his efforts paid off as the suspect who had earlier hinted that he was at a location in Oron local government area was later arrested by the DPO of Uruan.