All Progressives Congress Presidential Candidate, Asiwaju Bola Ahmed Tinubu, has said Nigeria is at a critical moment where misguided persons seek to stoke religious and… 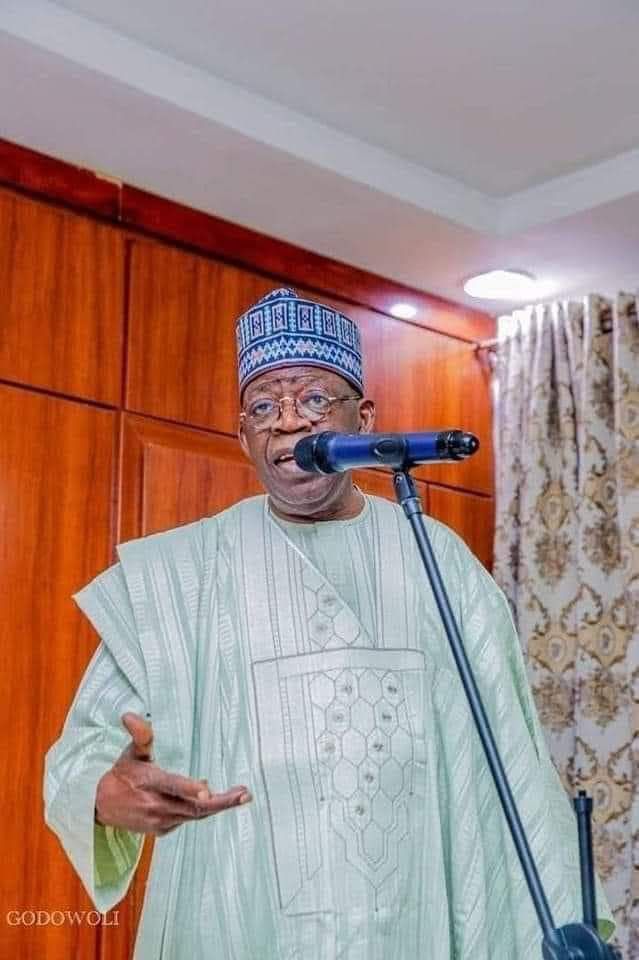 All Progressives Congress Presidential Candidate, Asiwaju Bola Ahmed Tinubu, has said Nigeria is at a critical moment where misguided persons seek to stoke religious and ethnic divisions among the people.

Tinubu said the aim of such actors is an attempt to destroy social harmony and reign violence on the country.

The former Lagos state governor, who stated this in a statement to congratulate the newly-elected president of the Christian Association of Nigeria (CAN), Rev. Daniel Okoh, urged Nigerians of all faiths to agree to live in peace and eschew violence and hatred.

“As a nation, we are in a critical moment where misguided and terrible actors attempt to destroy social harmony and reign violence on us all. These awful forces seek to stoke religious and ethnic divisions in hope of pitting Nigerian brother against Nigerian brother. While we may not agree on everything, all well-meaning Nigerians agree that we must live in peace, must respect and honour our diversity and eschew violence and hatred,” he said.

The APC presidential candidate, who noted that CAN is one of the most important organizations in the nation, that seeks the betterment of the country, added that the newly elected president of the association will advocate for the benefits of democratic good governance for all Nigerians regardless of creed or belief systems.

“CAN is one of the most important organizations in the nation. Not only does it seek the betterment of the Christian community in Nigeria, its moral force and standing benefit all Nigerians as we seek to establish a just and compassionate society where people of all faiths and beliefs live and work together in peace and harmony.

“We are grateful that CAN as an organization embodies these and other principles that reflect the values and virtues of Christ. We are glad that the new President of CAN, Rev. Okoh, is a humane and kind soul who has dedicated his life to the betterment of his fellow man and is a person who will work with leaders of other faiths and beliefs to anneal the bonds of unity, inter-religious understanding and tolerance while advocating for the benefits of democratic good governance for all Nigerians regardless of creed or belief systems,” he said.

Tinubu noted that the new CAN leader who is the General Superintendent of Christ Holy Church is a worthy successor to Rev. Samson Olusupo Ayokunle whose tenure as CAN president was one characterized by exceptional commitment, principle and wisdom.

The APC leader declared that Nigeria can only expect nothing but inspired and enlightened leadership from Rev. Okoh.

“As Rev. Okoh assumes the mantle of leadership, it is my hope and prayer that his tenure brightens every corner of our country and may he be a shining light to all,” he added.

Rev. Okoh was elected on Monday to succeed the highly respected Rev. Ayokunle, upon completion of his tenure as head of CAN.