The Minister of State for Environment, Mrs Sharon Ikeazor, has opposed the Petroleum Industry Bill provisions that seek to create the Nigerian Upstream Regulatory Commission… 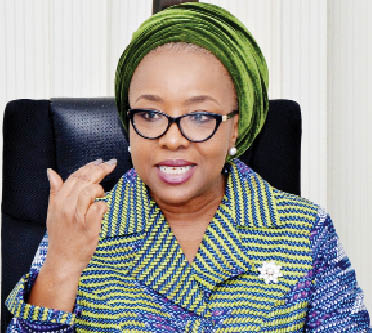 The Minister of State for Environment, Mrs Sharon Ikeazor, has opposed the Petroleum Industry Bill provisions that seek to create the Nigerian Upstream Regulatory Commission and the Nigerian Midstream and Downstream Petroleum Regulation Authority.

Speaking at a sensitisation workshop on the PIB 2020 organised by Stakeholders Democracy Network (SDN) in Abuja on Thursday, Ikeazor said her ministry and its agency, the National Oil Spill Detection and Response Agency (NOSDRA), are doing the regulatory job.

Represented by the Director Reforms at the ministry, Mrs Bolanle Ajai, the minister also said NOSDRA is responsible for the environmental regulation of the petroleum industry, as well as ensuring sustainable practices in the exploration, production, storage, distribution and dispensing of crude oil and petroleum products across the country.

“The failure to address the issues of overlap of functions relating to environmental regulation in the petroleum industry has lingered for too long, and it is for this reason that the matter has come up again in the PIB 2020k,” she stated.

The Director General of NOSDRA, Idris Musa, said the creation of more than one regulatory body would lead to weak regulation as operators would go to the one that is less strict with them.

“The ministry has at least seven agencies that are charged with sectorial responsibilities as it relates to the economy and the environment.

Senior Project Officer, Environment, Stakeholder Democracy Network (SDN), Jesse-Mathins Manufor, said the workshop was to create awareness to major stakeholders so that they would know what to do during the public hearings that would be organised by the National Assembly.