Many farmers in Dawakin Kudu and Kura local government areas of Kano State have lamented the activities of miners who are destroying their farmlands. The… 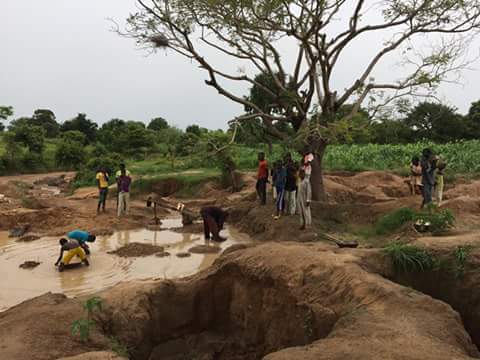 Many farmers in Dawakin Kudu and Kura local government areas of Kano State have lamented the activities of miners who are destroying their farmlands.

The farmers also said the mining activities did not only affect their farmlands but also worsened their economic status and caused environmental hazards.

The farmers, mostly from Tassa, Gamadan, Ruku, Gundutse, Gainawa, Dantube, Yaburawa, Kwari, Yanciyawa and Tudun Bayero, said there was need for government’s intervention or else they might lose their livelihood while their youths were at risk of becoming restive.

The Secretary of Tassa Site Farmers Cooperative Union, Abdulwahab Tsoho Adamu, lamented over their plight, saying that all their efforts to stop the mining activities proved abortive as more and more people were losing their farms.

Adamu said, “from the beginning, we used to see people coming with canoes and taking sand from the river. Later, we saw miners with machines mining out sand, but after some time they left because the sand had finished.

“All of a sudden we saw bigger mining outfits with dredging machines that came and set up the machines to dredge the river and squeeze sand out and later our farms were submerged.

“We complained to the state government, we have been to the office of the Secretary to the State Government (SSG), police, local government chairmen, Public Complaints and Anti-Corruption Commission (PCACC), Ministry of Environment and the Kano Agricultural and Rural Development Agency (KNARDA), but all to no avail.

“Thousands of people, mostly youths, have lost their livelihoods, and this is very dangerous.”

The spokesman of the farmers’ group, Barrister Habibullah Ahmad Muhammad, who doubles as their lawyer, said some of the miners were not legally registered as provided by the law to conduct mining activities.

Barr Muhammad said, “they have not even undergone the necessary process of signing agreements with the farmers, and there is no court affidavit that the farmers have agreed for the sand mining to take place in their farms.

“More so, it is illegal to mine without Environmental Impact Assessment (EIA); and even when you have it and these environmental problems evolve, it must be stopped. You also cannot be allowed to mine without a plan to return the place to what it was prior to the mining.”

Barr Muhammad, therefore, appealed to the state government to come to their aid by addressing the issue once and for all.