The military high command and a former minister of Aviation, Femi Fani-Kayode, on Sunday locked horns over the recent attack on Kuje Correctional Centre in… 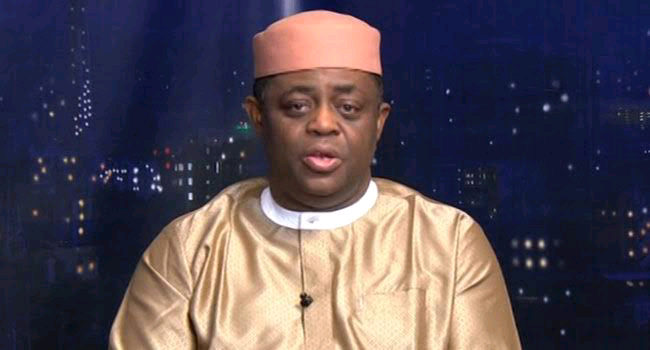 The military high command and a former minister of Aviation, Femi Fani-Kayode, on Sunday locked horns over the recent attack on Kuje Correctional Centre in Abuja where over 60 high-profiled terrorists were freed.

Fani-Kayode had in a video after the attack alleged that the Department of State Security (DSS) informed the military about the impending attack on the custodial centre and even the previous attack on the Kaduna-Abuja rail service, adding that soldiers were also withdrawn shortly before the prison attack.

But in a swift reaction through the military spokesman, Major General Jimmy Akpor, the defence headquarters described the former minister as a ‘rabble-rouser’, whose comments the general public should dismiss, adding that he was merely playing to the gallery.

Akpor said, ‘’Ordinarily the video and its maker would have been ignored, considering the antecedents of the person behind it as a known rabble-rouser.

“However, in the interest of members of the public who might be misled by the deliberate falsehood and the sensibilities of service personnel and their families who have been paying dearly to keep Nigerians safe, it has become urgent to respond to the video currently circulating in the social media.’’

The senior military officer argued that Fani-Kayode was not in any position to know whether the DSS notified the military of any attack or not.

However, the former minister fired back on Sunday, charging the defence headquarters and the nation’s security chiefs to stop justifying their failure to tackle insecurity in the country.

In a statement issued in Abuja, Fani-Kayode said with the gravity and seriousness of the deteriorating security situation in the country, he would advise that the defence headquarters spend its time facing up to and fighting the terrorists.

He lamented that the terrorists had turned the nation into a functional killing field and horrendous bloodbath and abattoir over the last few years.

“A citizen complains about the fact that our people are being killed and instead of showing remorse for the dereliction of their duty, they are spending their time issuing puerile, infantile and meaningless press statements and trying to rationalise their recurrent and consistent failures.

“If you do not want people to demand your sacking or resignation then do your job and stop seeking to intimidate, attack, discredit or undermine those that criticise you.

“I am not an enemy of the military but rather a true friend who is candid and courageous enough to speak the bitter and plain truth even where others dare not,” Fani-Kayode said.