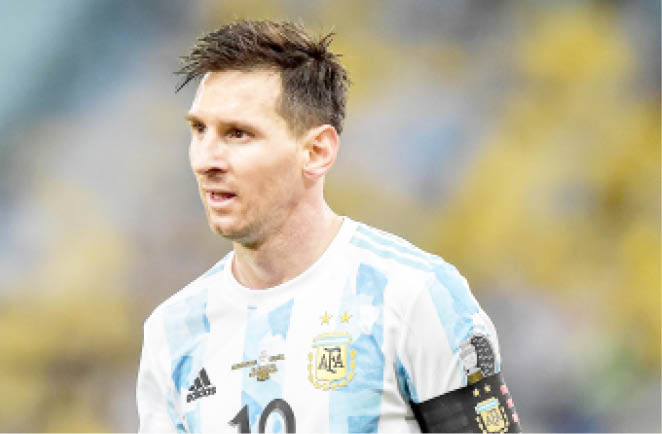 Lionel Messi scored on his return to the national team as Argentina stretched their world-leading unbeaten run to 30 matches with a routine 3-0 World Cup qualifying win over Venezuela on Friday.

Goals from Nicolas Gonzalez and Angel Di Maria, both created by Rodrigo De Paul, also kept a packed Bombonera stadium enthralled in Buenos Aires for a match that had nothing riding on it.

Argentina have long qualified for the World Cup in Qatar later this year, while Venezuela were the first team in South America’s single 10-nation qualification group to be eliminated.

All four automatic qualification spots have been decided ahead of next week’s qualification finale, with Uruguay and Ecuador booking their tickets to Qatar on Thursday night.

The only thing that remains undecided is who will finish fifth and head into an intercontinental qualification play-off.

Peru lead that battle by a point from Colombia and two ahead of Chile.

Argentina dominated from the off and opened the scoring 10 minutes before half-time as Gonzalez managed to stay onside to slide in De Paul’s precise right wing cross from six yards.

Substitute Di Maria finally secured the victory 11 minutes from time when he ran onto De Paul’s inch perfect ball from deep, before cutting inside onto his left foot and chipping the ball over Farinez and a back-peddling defender on the line.

Moments later, Di Maria turned provider, dinking the ball into the area where Messi arrived unmarked with time to control the ball on his chest before scuffing a shot home from six yards out.