Victor Nelson, 28, who hails from Abia State, is a graduate of Medicine and Surgery from the Enugu State University. He was posted to the… 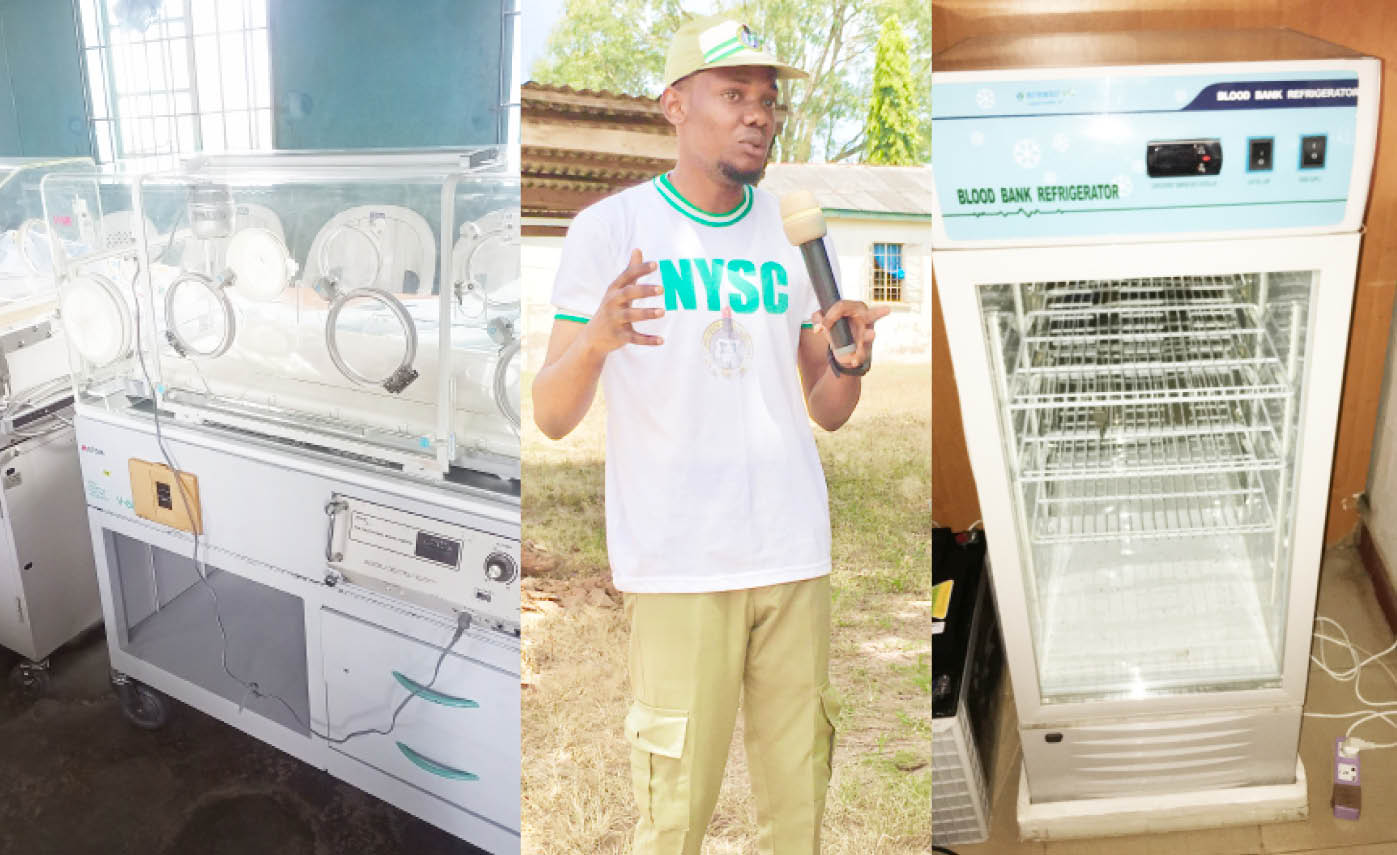 Victor Nelson, 28, who hails from Abia State, is a graduate of Medicine and Surgery from the Enugu State University. He was posted to the Saint John Catholic Hospital, Kabba, Kogi State, for his one year mandatory national youth service. In this interview with Daily Trust Saturday he spoke on how he was able to raise over N3million to buy two incubators and a blood bank to help save lives in the community.

What motivated you to donate a blood bank and incubators to the hospital where you served as a corps member?

When I returned to the hospital in January, during the first week, a newborn baby was brought in prematurely. We knew that the baby won’t survive because such children need to be kept in an incubator for a while so that they can develop well, but there was none. So, we had to refer them to the Federal Medical Centre, Lokoja. We keep having such occurrences, even at night. They come from afar; and many people don’t go there because of distance and financial implications. They don’t like going there. That was how the idea of getting one for the community came.

Afterwards, we invited a member of the Board of Directors in the hospital (though she doesn’t work there), a gynaecologist, to train us on how to care for newborns. That was how I developed the interest to help.

Also, in May, there was a bomb explosion that took place in Kabba, where many people lost their lives. It was a very sad experience because people bled to death. Although we had lots of sympathisers, we had to plead for people to donate blood, but after the plea, only two to three people were able to donate, thus, we had issues with blood. In the whole of the community, there is no blood bank in any hospital. What we do is that in any case of emergency, we start calling people on the phone to donate blood. Most times they come late and want pecuniary incentives. So, I thought it was not good for a community not to have this critical equipment.

Subsequently, I discussed it with the hospital management and we concluded that it should be part of my community service project.

Getting the money was very difficult. I had to pay a friend who had to make a very nice proposal. I visited banks like First Bank, Union Bank and the United Bank for Africa (UBA) to sponsor the project, but there was nothing from them. I also visited some individuals that are prominent in the community, but everything proved abortive. At some point, I told the National Youth Service Corps (NYSC) authorities that I would no longer do the project because of fund.

It was not until around the end of August that I got the contact of a man called Mr Kayode Olumeye and informed him of my plan and he told me of a health insurance scheme they operate in the community, called Owe Mutual Health Association. He was able to give me a few numbers to add in a WhatsApp group, after which I would communicate my intention, which I did.

It didn’t really go well with some people and they left the group, but some people bought into it and promised to do something. That was when some money started trickling down until we were able to get some amount.

To ensure transparency, I told them that I won’t use my account but that of the hospital. Whenever they put money there, the reverend father would call me to acknowledge the transaction. That was how we were able to get the money for the blood bank and the incubator. We bought two. Everything we spent was over N3m because the blood bank refrigerator must have a 24-hour power supply or the blood will not be preserved well. We had to get inverters, solar systems and batteries to power the incubator. That was how we were able to get it done. Then I invited the NYSC state coordinator to commission the project.

How many months did it take you to get the money?

It took me over six months, but I was very frustrated at some points when the funds were not forthcoming. I almost dropped the project. The obstacle is that you can’t fund it with your money; and I don’t even have the money to do it. Also, whatever project we are doing, it must involve community participation. So, it is not about being a rich or poor person but how you can involve the community in getting something that can benefit them. Also, all my donors are indigenes of this community. If I had not gotten the money to do those things, I would have abandoned the project and hope that they would get it another way.

Did you write to the state government to help?

No, but I wrote to the local government. I went there on several occasions and also tried to meet top politicians in the community, but I didn’t get any response. I realised that when it comes to money, everybody tends to shy away. I got people who made empty promises. I also met very prominent people whom I wouldn’t like to mention their names.

What was the reaction after the project was launched?

After the project was commissioned, indigenes of the community were very excited because it was the first time they would see such a project, which will help them improve their quality of life. They were so excited that every day I have been getting calls from people within and outside the community, thanking me for the project. It is something very laudable. Even the king of the village and other community heads gave me a letter of commendation.

What are your plans now?

I am currently working in the hospital because the community pleaded with me to stay behind. But I intend to further my education and career. I am hoping that I would go into fulltime public health. I am looking for a way, if possible, to get a residency and specialise in community health or to get a master’s abroad to do public health. I realised that it is not that Nigerians don’t have money to buy these things as there are policies and guidelines that have been made with money appropriated for this project, but somehow, it does not get to be implemented. As such, I want to also delve into policy making and leadership to see how we can make those policies on paper to be implemented. It is doable but requires some level of integrity, commitment and dedication; and it will happen. There are many communities that do not have basic primary health care, and that is why our health indices are bad. There is poor implementation of all those policies we have on paper.

How did you develop interest in community service?

I developed the interest right from my schooldays. I was a leader in an association called Christian Medical and Dental Association of Nigeria. Almost every year, we engaged in several outreaches to give free surgeries, medications and the likes. I have also written the exams of the West Africa College of Physician in Community Health, which I passed.

What is your advice to Nigerians on the need to help communities?

There is this general belief that we should not do the work of the government. When the post on the project went viral on Twitter, people were saying I was doing what the government was meant to do. But the truth is that we are the government and everybody has a stake in this country. If we are waiting for the government to do certain things, they will never do it, but if we are privileged to make an impact, no matter how small it is, I think we should do that. By the time everybody does his own part in their little ways, we will achieve a lot.