Mrs Onokpite Agbaduta Beauty, 59, is a widow and grandmother who had tried her hands on many businesses before settling for interstate commercial transportation as… 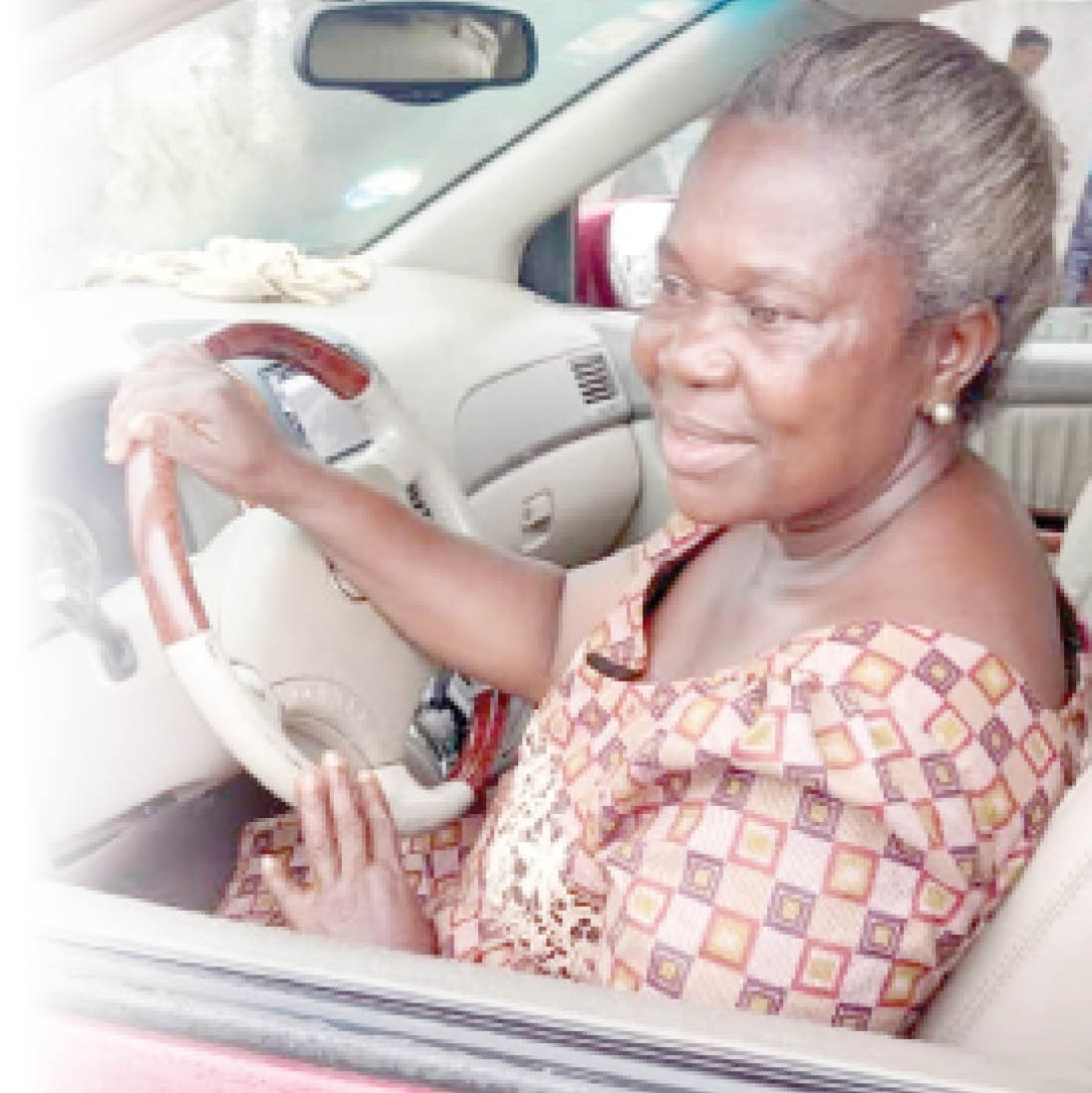 Mrs Onokpite Agbaduta Beauty, 59, is a widow and grandmother who had tried her hands on many businesses before settling for interstate commercial transportation as a driver. She started the interstate transportation business in 1992 after the demise of her husband. She plies the Ibadan-Ikorodu, Lagos road. Daily Trust Saturday had an interview with her and reports.

Speaking with Daily Trust Saturday, she said driving had always been her hobby. She also said she took a loan to invest in the business, through which she has been taking care of her children.

She said one of the challenges she faced while plying the roads was lack of respect for women, especially by her male counterparts, who she accused of talking to everybody like their children.

“I started interstate commercial transportation 30 years ago when I was in Warri, Delta State in 1992. That was shortly after I lost my husband in 1991. I was plying Warri to Benin to enable me give education to my children.

“After that, I relocated to Lagos and set up a business, but the then governor of the state, Raji Fashola, took over our business premises. That was how I lost the business and had to go back to transportation business.

I started the transportation business in Lagos by giving vehicles to drivers to bring returns for me at the end of the day, but they were messing me up, so I had to take over the vehicle.

I remember how one of the drivers came back one day in 2011 and just threw my key at me. I was annoyed, so I went to the park and started taking passengers from Ebute to Ikorodu garage. After that, I started plying Ojota to Marryland.

“I started this business when I was 39 years old and I am now 59.  My first child is married with children and doing fine with his family. The second one, who has a master’s degree, is teaching and earning N40,000 monthly. He is still living with me. My last daughter graduated last year and is doing the National Youth Service Corps (NYSC) programme.

“Right from my youthful age, I have always enjoyed driving a lot.  It is my hobby. After I lost my job, I discovered that the only way I would raise money to train my children to the level I wanted was to go into commercial transportation. That was the reason I ventured into the business,” she narrated.

Speaking on how her children, friends and family members felt when she started the business, she said; “ when I started in Lagos in 2011, one of my friends called me and asked why I had to take to such a business and I had to tell her that I was using the business to take care of my children.

“She couldn’t fault my claim because since I got to Lagos,  I didn’t approach any of them for money to feed, rather I was always ready to support the needy. As for my children, they knew I am a very hardworking woman. In fact, in the year 2020, I bought a corolla car for my son who is now a masters’ degree holder.

“He was using it for Bolt at that time but he was frustrated by government officials. He said he could not continue the business again. I had to take the vehicle back along with mine.”

Speaking more on the challenges facing her in the business, Mrs Onopute said, “As you know, it is not easy to relate with our male counterparts, especially as it is interstate. It is terrible. If not that I have passion for the job and because of the situation of the country, I would have looked for something else to do. Many times I would be frustrated and cry because of the way they treat me in parks.

“On many occasions, when they see me crying, my children would encourage me to take it easy. I also encourage myself to keep going because I know that one day, things will change. The situation with male drivers could be frustrating; in fact, humiliating. They have no respect for women. You can only see very few of them respecting women. As a passenger, you must have seen some of them,” she recalled the day her daughter returned home with tears because her friends were mocking her because her mother is a commercial driver.

“I remember in 2012, my daughter who is now a driver returned home with tears. She said her friends were mocking her because I am a commercial driver. I had to beg her and appeal to her. I told her that she should thank God that I was not tagged a prostitute or an armed robber. And I thank God today, she is ahead of those who mocked her.”

On the time she resumes and closes, Agbaduta said; “I usually leave home at 4:30am but leave by 4am during festive periods because festive periods are always rush time. I leave early because the executive load their vehicles first. But if I leave early, I may be lucky to see passengers before the NURTW executive come to the motor park. But if I don’t get to park early, I may need to wait until 2pm before getting passengers.

“I don’t a have fixed time to close but I leave home very early to meet up. For instance, today, I went to Ibadan and returned to IIkorodu before 2pm because people are returning to Lagos from the Sallah holiday. It largely depends on the inflow of passengers.”She identified high cost of vehicle parts and bad roads as part of the challenges transporters face in the country.

Also recounting her experience with transport officials in Lagos State she said, “In April 2014 when I was still working in Ebute park, a Lagos State Transport Management Agency (LASTMA) official approached me, saying his boss asked him to take me to their office. I was wondering what my offence was, and before I knew what was happening, he entered my car and took me to their office. And before I could talk, he brought out a booking of N39,000.  When I asked about my offence, he said that I beat the traffic light. I demanded to see their boss but the man told me that all the officials of the agency who knew me had begged on my behalf but the man insisted that I had to pay. And before God and man, I did not beat any traffic. I cried for long before I saw someone to lend me money to pay them. In fact, I was frustrated. I cannot forget my experience that day. Till now, each time I think about it I feel like crying.”

She also said, “With what is going on in Nigeria today, if you rent a shop you may not make the required money before the end of the year. For instance, in 2016, I rented a shop but at the end of the year I couldn’t make enough money to renew my rent, so I had to go back to the transport business.

“I took a loan and I bought this vehicle and I am paying back gradually. If I had rented a shop with that loan I would not be able to pay back and feed my children, as well as educate them.

“I want to advise women who are interested in this business not to look at the challenges we are facing. They should focus on their dreams.

“The government should try to fix our roads. I know it is not easy but they can help. They can do some palliative measures on our roads to make them motorable.

“Because of bad roads we spend a lot of money to fix our vehicles. A larger part of the money we make also goes to touts. Mechanics and part sellers are also not helping matters.

‘I rely on God and my children for strength.”

Asked when she intended to stop the business, the mother of three said; “I can only stop the business when I have another business. For now, that is the only means I can take care of my children.”