One of the recipients of the Award of Excellence, Abdulaziz Abdulaziz, described his award as a call to action.  Abdulaziz, who is the Deputy General… 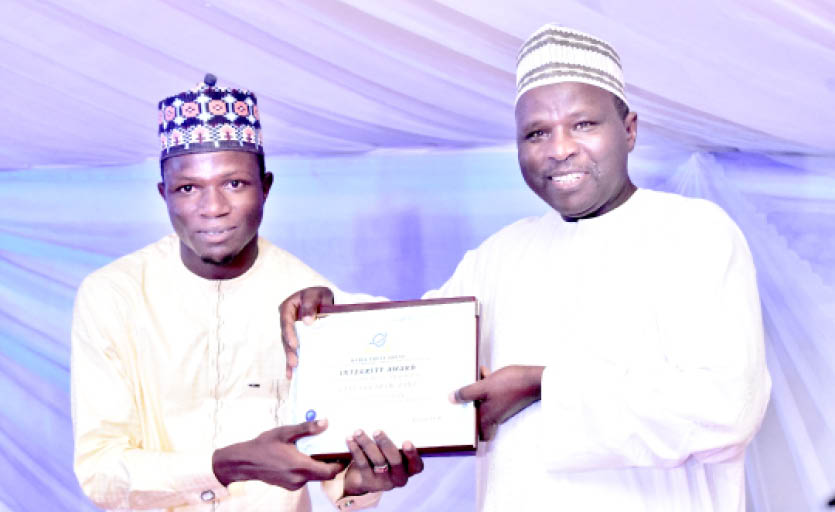 One of the recipients of the Award of Excellence, Abdulaziz Abdulaziz, described his award as a call to action.

Abdulaziz, who is the Deputy General Editor of Daily Trust, said, “As the saying goes, the reward for hard work is more work. I believe that I and other persons awarded today will rededicate ourselves to the service of the company, bearing in mind that we are not only serving Media Trust Group, we are also serving ourselves.

“I believe whoever is given an opportunity, that opportunity is a ticket for self-vindication and a trust. And in upholding that trust, one should do whatever humanly possible to ensure that that trust placed in you is not betrayed and failed and it should be justified at the end of the day.

“To the rest of my colleagues who are not lucky to receive any award, I woud appeal that we should all strive to get a similar or even more recognition because as I said earlier, it is our ability to give that extra.

“I was actually really humbled while hearing the citation that justified my nomination, it shows the recognition of people who have put in more than what is expected of them. And it doesn’t take much for us to do that extra and it’s something that will insha Allah get rewarded.’’

For Sani Ibrahim, an Aminiya reporter at the Kano office of the company, the award and the recognition given to him by the company means everything to him considering his age and short stay in the service of the company.

“For one to receive an award of integrity from Media Trust Group, I believe it is everything. I would forever remain grateful and proud of this award. Again, I have to take the award as a challenge; henceforth, I will try my possible best to see that I deliver even better.

“I want to also make it as a challenge to other staff in the company that if I, considering my age and everything, could achieve this, it means that other staff members could even do better.

“And part of my principle is that I try as much as possible to do the right thing even if no one is watching. It is within my recollection that my line managers would always tell me that always try and do your best even if nobody is watching, God is watching and certainly, a day would come when you will be rewarded. I really appreciate it as my own has come close.’’

Yusha’u Ibrahim, who received an award for long service, thanked the management and the Board of Directors of the company for the honour done to him and other awardees.

“I want to charge my fellow recipients to do more and serve the company and the humanity better. I will advise those that have not been awarded to be patient as time will certainly come for them, to also be recognised’’ he added.