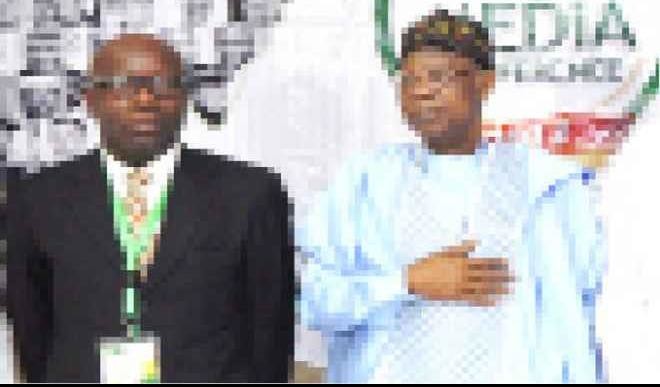 Media image-makers of state governors including those from the Presidency converged on Abuja and were schooled on how to better handle issues of their bosses within global practices.

The Director-General, Nigerian Governors Forum (NGF), Asishana Bayo Okauru, said at the two-day event that projects and programmes of state governors across the country are under reported.

He observed that state executives have keyed into Federal Government’s initiative and have improved education, health, economy among other sectors but have not been adequately reported.

President Muhammadu Buahri, represented by the Minister of Information and Culture, Alhaji Lai Mohammed, urged the participants to use facts and figures to prove the achievements of their principals devoid of lies and propaganda.

He noted that Nigerians are “brilliant and discerning people who would not take in deliberate denigration, the new strategy for naysayers is to label the achievements of the present administration as propaganda and lies in order to discredit them.”

Also, the former spokesperson of the late President Umaru Musa Yar’Adua, Olusegun Adeniyi, narrated his experience working in the Presidency noting that he made a strategic miscalculation by not going closer and working with wife of the then president.

“I was a spokesman to a man who did not like to talk about his health and that was a major challenge. But looking back, I believe I made a strategic miscalculation. I told myself I was not going to deal with the wife, so I stayed off the first lady, I was not very close to her and I am still not close to her,” Adeniyi said.

Also speaking, spokesperson of Yobe State Governor, Abdullahi Bego said the growing influence of social media platforms have turned out to be the most significant turning points in how government spokespeople operate, as compared to over 10 years ago.

Bego, who stressed that the internet age has provided a practice environment which ensures everyone who chooses to can be a media person, also added that without the tools of informed practice, a proper understanding of the implications of the written word, “many in this new media universe have literally seized the moment to turn professional journalism on its head, writing any and everything they wanted, often under fake and unverifiable social media accounts. This marks the proliferation of fake news, internet bots, trolls, warts and all.”

The Head, Media and Public affairs of the forum, Abdulrazaque Bello Barkindo, said a platform would be established which media assistants are expected to contribute and all journalists are expected to key into so that all news from the sub-national level are available for reporting.