The leader of the Movement for the Actualization of the Sovereign State Biafra, (MASSOB) and Biafra Independent Movement, (BIM) Ebonyi Central zone, Mr. Sylvester Useh… 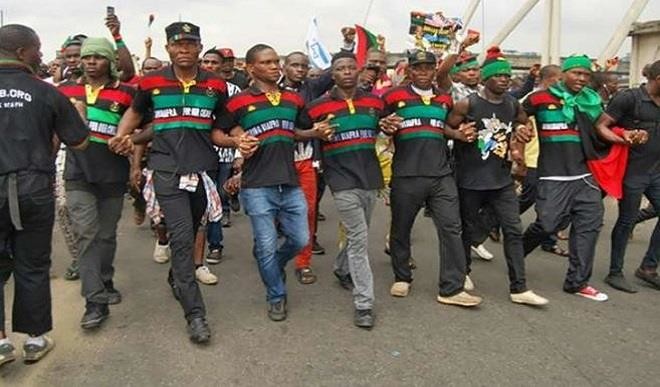 The leader of the Movement for the Actualization of the Sovereign State Biafra, (MASSOB) and Biafra Independent Movement, (BIM) Ebonyi Central zone, Mr. Sylvester Useh has distance themselves from the Indigenous People of Biafra’s (IPOB) sit-at-home order tomorrow (14th September).

Useh stated this while briefing newsmen in Abakaliki on the activities lined up to mark the 19th anniversary celebration of BIM in the state.

He called on Ndigbo to come out enmass and join the celebration as no form of violence would mar the exercise.

According to the leaders of two groups, he assured security agencies in the state not to border themselves saying the exercise would be peaceful.

“Our celebration is usually done every year and we are not a violent group. Also, we are not part of IPOB sit-at-home order.

“That is not our modus operandi. We are not forceful in nature. MASSOB and BIM are headed by Uwazuruike, the Biafran leader. We urged lovers of Ndigbo to come out and celebrate with us.

“We are not causing any war. We are civil and we are not going to block any street. It is purely celebration in the state,” he stated.