By Abbas Jimoh, with agency report   A broad sell-off sent U.S. stocks reeling on Tuesday after a hotter-than-expected inflation report dashed hopes that the… 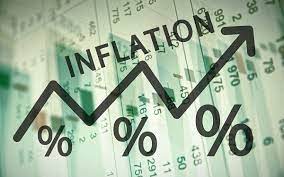 By Abbas Jimoh, with agency report

A broad sell-off sent U.S. stocks reeling on Tuesday after a hotter-than-expected inflation report dashed hopes that the Federal Reserve could relent and scale back its policy tightening in the coming months.

Consumer prices rose 8.3 percent in the year through August, a report showed on Tuesday, cutting against economists’ expectations and throwing doubt over the belief that inflation had peaked.

The S&P 500, which had been trading higher in the hours before the data was released, slumped 4.3 percent by the end of the day, its biggest drop since the depths of the coronavirus pandemic in June 2020.

The slide stood in stark contrast to gains in recent days, with the index up about 5 percent in the week leading up to the report, as investors had increasingly bet that the Fed would be able to cool inflation without tipping the economy into a severe downturn.

But the faster-than-expected inflation data caught investors off guard, showing that broad-based price pressures remain. Every sector in the S&P 500 index fell on Tuesday as investors reconsidered how much the Fed may need to raise interest rates, which makes borrowing more expensive for consumers and companies.