The Academic Staff Union of Polytechnic (ASUP) at the Moshood Abiola Polytechnic, Abeokuta, on Monday, declared a ‘work to rule’ strike over what it called… 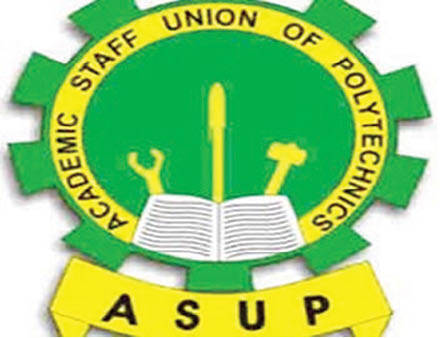 The Academic Staff Union of Polytechnic (ASUP) at the Moshood Abiola Polytechnic, Abeokuta, on Monday, declared a ‘work to rule’ strike over what it called sorry-state of the institution and unpaid salaries as well as cooperative deductions.

The union also demanded true state of accreditation of courses at the newly established Ogun State Polytechnic, Ipokia by the National Board for Technical Education (NBTE).

Rising from an emergency congress of the chapter on Monday in Abeokuta, the Zone ‘C’ Coordinator of ASUP, Comrade Olawale Omobaorun noted that the future of the institution is hanging in the balance.

It would be recalled that the government last upgraded the polytechnic into Moshood Abiola University of Science and Technology (MAUSTECH) and transferred the structure of the hitherto MAPOLY to the new polytechnic.

The Union leader recalled that some of the agitation which led to union’s two months industrial action in 2017 had not been addressed.

Omobaorun said the ASUP had written to the NBTE seeking confirmation of the new polytechnic’s accreditation approval but the board has not replied barely a year after the letter was written.

“The 38 years old foremost model polytechnic in Nigeria with record of uninterrupted academics sessions even without government subvention for over a decade have been battling a war of conspiracy with both its owner (Ogun State Government) and the two most important stakeholders in the education sector in the country, Joint Admission and Matriculation Board (JAMB) and the National Board for Technical Education (NBTE) respectively in its quest for survival,” he said.

The Zonal Coordinator lamented that the institution “is at the verge of collapse”, calling for an emergency attention it deserves to save the situation.

“The chapter hereby resolved to resume the work to rule resolution of union. T
This action shall be sustained until our demands are met.

“It may interest you to note that economic activities and strength of the state are now been traumatized by the seized glory of MAPOLY,” the union leader said.