Many years after, Lokoja-Abuja highway still a nightmare

The Lokoja-Abuja road is about the busiest highway in the country. This is because it is the gateway to the Federal Capital Territory, Abuja and other… 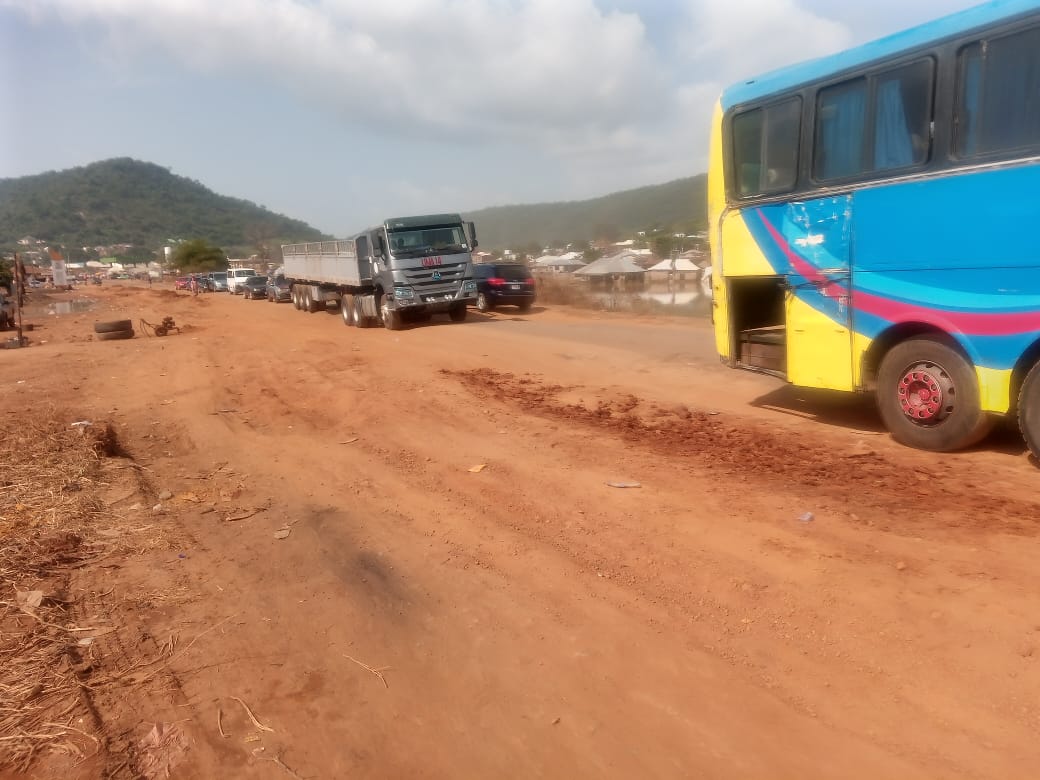 The Lokoja-Abuja road is about the busiest highway in the country. This is because it is the gateway to the Federal Capital Territory, Abuja and other parts of the North for travellers from the South.

James Onuoka, a businessman in Lokoja, said at least 10 states in the country use this highway every day. He said that to make movement easier for motorists, former President Olusegun Obasanjo awarded the contract for its dualization.

Onuoka added that it is sad to note that many years after the said contract was awarded, the dualization process is still moving at a snail speed, causing hardship to motorists as vehicular movement on the highway is not as smooth as envisaged.

A motorist, Mallam Gabriel Agbaji, who claimed to ply the route almost every day from Lokoja, said the hardship on the highway had been compounded by perennial flooding, which has destroyed its structure and makes it deplorable.

He said part of the highway at Kotonkarfe, after Murtala Muhammed Bridge, had been causing difficulty to motorists, adding that the situation would be worse during the yuletide period as many travellers would ply the road.

Buttressing his claim, the paramount ruler of Kontokarfei, Ohimegye Igu, Alhaji Abdulrazaq Isah Konto, said the road at the Murtala Muhammed Bridge was only sand-filled; hence it needs proper maintenance to avoid more difficulty for travellers.

He called on the federal government to find a lasting solution to the deplorable highway.

A resident of Lokoja, Hajiya Mariam Ademu, said she was always on the said highway every weekend as members of her family were in Abuja, lamenting the presence of multiple potholes on the road, particularly around the Kabba junction of Lokoja, before Gegu town and Osi. She also said the situation would become worse during the Christmas period because many vehicles would be on the road.

A motorist from the popular Wada Park in Lokoja said articulated vehicles had caused more damage on the Lokoja-Abuja highway than others, adding that more of them would be on the road during the Yuletide, causing more damage to the already deplorable highway.

“It has been a nightmare to most of us who are always on the highway. The potholes are many, and many areas of the highway have caved in due to flooding and heavy-duty vehicles.  And the government is not doing anything about it. Expectedly, December period would be another hardship period for us motorists.

“At the end of the day, all the money we would have made to invest or address other issues of life would be spent to maintain our vehicles,” he said.

Also, a senior civil servant who claimed to work in the Federal Ministry of Defence, said his experience last year when he opted to spend his holidays with his family in the eastern part of the country was awful. He claimed to have spent a fortune to bring back his car to its normal state when he returned from his journey.

“I will not embark on that venture this year. Last year will even be better because this year, flood wreaked havoc on most parts of the highway leading to my country home in the East. Our leaders should wake up and effect repairs to tackle this national embarrassment,” Uzodima   Ezekiel lamented

Also, Badmus Atole, a staff member of a federal agency in Lokoja, expressed fear over the Murtala Muhammed Bridge at Jamata, saying that during the flood period, articulated vehicles parked on the aged bridge for days, weakening its structure.

“I observed that during the period of flooding, heavy-duty vehicles like fuel-laden tankers, cement, iron and bulk goods carrying trailers stayed on the ailing bridge for two to three days.  It was constructed in the early 1970s, and most of its structures are wearing out daily due to the pressure of vehicular movements.

“The influx of vehicles on the highway in December will be dangerous for commuters as it will weaken the more,” he said, adding that the lingering fuel scarcity and increasing insecurity in the country will lead to more hike in transport fares, which will affect travellers negatively.

Motorists who spoke to Daily Trust on Sunday blamed the poor state of the road government’s inability to award road contracts to competent contractors, as well as lack of proper monitoring mechanism from the authorities saddled with the responsibility of managing highways in the country.